The Gulabi Gang (meaning pink gang) is a gang of women in India that go after abusive husbands and fight to stop child marriages.
Read full details on: http://www.gulabigang.in/ 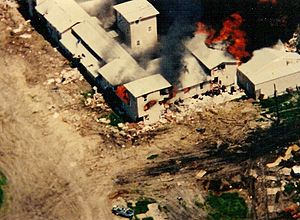 April 15 was Income Tax Day, Massachusetts Patriots Day, somewhat near the anniversary of the fire at Waco, Texas, which immolated the besieged Branch Davidians, also the anniversary of the bombing of the Alfred P. Murrah Federal Building in Oklahoma City, which, as the New York Times on April 27 said, “was conceived in part a response to the Waco raid.”

The long shots on television of bare legged runners crumpling to the ground from the blast of explosively propelled ball bearing and nails tearing off bare skin and entire legs made visible what is usually hidden in the blurry news paper photos of what usually appears as piles of garment (and exotic ones at that).

The headline of the front page article in the Times on April 16, immediately below the Boston horror, read…

“It is indisputable that the United States engaged in the practices of torture,” and that the nation’s highest officials bore ultimate responsibility for it. The report says in every war we too have gotten down and dirty but never before engaged in, “the kind of considered and detailed discussions that occurred after 9/11 involving a president and his top advisors on the wisdom, propriety and legality of inflicting pain and torment on detainees in custody.”

The top Republican on the review was said by one of his staff, “for sure no bleeding heart,” but someone who had more than a few words to say about Bill Clinton’s playing leap frog in the oval office with Monica and others.

These guys want to get the country at least talking about what it really means to get down and dirty. “As long as the debate continues [whether or not torture is really torture] so too does the possibility that the United States could again engage in torture.”

Asa Hutchinson said, “he took convincing, but he was,” and he said, “The United States has a history and unique character, and part of that character is that we do not torture.”

And, Obama’s administration is part of the problem, as it keeps details of rendition and torture from the public and blocks lawsuits by former detainees, “What was once generally taken to be understandable behavior can later become a case of historical regret.” (New York Times, April 16)

But we don’t see it that way

In an interview Mr. Bush expressed no regrets and said his record, “would stand the test of time.”

In the same paper

‘OFF-DUTY OFFICER KILLED BOYFRIEND THEIR YEAR -OLD SON AND THEN HERSELF POLICE SAY’
“The officer used her (off duty) gun, a 9 millimeter Glock. 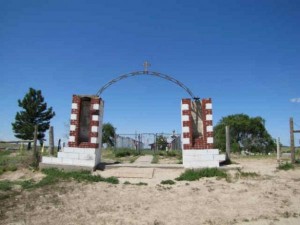 Monument erected at the site of the 1890 massacre of hundreds of Lakota men, women and children at Wounded Knee Creek by the U.S. 7th Cavalry. Photo courtesy of Indiancountrytodaymedia.com

(April 12, N.Y. Times) Joseph Brings Plenty wonders why President Obama can’t make the site of the massacre of unarmed Lakota’s [at Wounded Knee] by the Seventh Cavalry survivors of Custer’s “Last Stand” at Little Big Horn a national monument, otherwise it is in private hands, “through the process known as allotment begun in the late 1800s, by which the federal government divided land among Indians and non-Indians the idea was to shift control of our land from the collective to the individual and teach Lakota and other Native Americans the foreign notion of ownership…”

“OUR GAL ON THE ROAD”
HITCHHIKING ALL THE AMERICAS,
with little English and no Spanish – March 31, San Jose, Costa Rica.

The clouds between ocean and sky are getting thinner and lighter. The sun will rise from there.

It is amazing beautiful. Palm trees and my neighbors make perfect shapes on my camera with rising sun from sea.

I watch it, I fall in love this view. I think I may stay one more day, just because of my this beautiful bedroom.

I need keep going my way.
In Costa Rica, asking for ride in gas station does not work out for me. Their respond drives me crazy if I forget God at that moment.

After serious damage heart, I thumb on roadside . I get a ride from a man, he is going to Alajuela, that is close to San Jose. I am happy that I get a ride so soon and close my distination.

A suprising thing happened: he let me out at a Conner after he turn to the road to San Jose. I tell him , we are exaltly go same direction same place, he can give me a ride. He decisively let me out . He takes our my bag. Does not listent my “begging ” reasons. My God, what a crazy man ! I am thinking . Did I say or do any thing wrong in his car since I got in? No. I don’t think so. We even did not talk much because of language. Why he let me out? His looking is normal.

“GITMO IS KILLING ME” 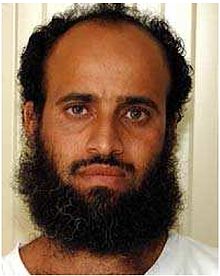 Samir Naji al Hasan Moqbel was somehow able to get into the Times the last day that it would be possible to print, and that was the morning of the day, April 15, that the Boston Marathon Bombing later occurred.

He says,
“I’ve been on a hunger strike since February 10, and have lost well over 30 pounds. I will not eat until they restore my dignity. I have been detained at Guantanamo for 11 years and three months. I have never been charged with any crime, I have never received a trial. Lat month, on March 15, I was sick in the prison hospital and refused to be fed. A team from the (E.R.F.) – extreme reaction force – a squad of eight military police officers in riot gear, burst in.”

“They tied my hands and feet to the bed. They forcibly inserted an I.V. into my hand, I spent 26 hours in this state, tied to the bed. During this time I was not permitted to go to the toilet. They inserted a catheter which was painful, degrading and unnecessary. I was not even permitted to pray.”

“I will never forget the first time they passed the feeding tube up my nose. I can’t describe how painful it is to be force-fed this way, as it was thrust in, it made me feel like throwing up. I wanted to vomit but I couldn’t…I am still being force fed. Two times a day they tie me to a chair in my cell…I never know when they will come. Sometimes they come during the night, when I am sleeping.”

“There are so many of us on hunger strike that there aren’t enough qualified medical staff members to carry out the force feeding…they are feeding people around the clock just to keep up.”

“IF CORPORATIONS ARE PEOPLE”

James Livingston suggests on filling date for income taxes, (April 15)
…”why not tax corporations as if they were natural persons in accordance with their newly discovered rights of free speech? That move would solve any impending fiscal crisis.”

“I will say we used to do just that, for most of the 1950’s corporate income at large companies was taxed at 52%.

…The federal government…collected about a third of its revenue from this source. Today, thanks largely to the reforms ushered in by President Ronald Reagan… The corporate – tax share has fallen to about 9% of federal revenue.”

(New York Times, March 31) “On any given day, roughly 34,000 immigrants are held in a patchwork of local jails and prisons awaiting court hearings … 300 immigration detainees are being held in solitary confinement – conditions that the United Nations special reporter, can constitute torture…”