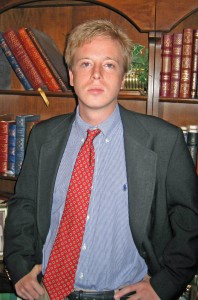 A Journalist-Agitator Facing Live in Prison Over a Link

Barrett Brown makes for a pretty complicated victim. A Dallas-based journalist obsessed with the government’s ties to private security firms, Mr. Brown has been in jail for a year, facing charges that carry a combined penalty of more than 100 years in prison.

Project PM first looked at the documents spilled by the hack of HBGary Federal, a security firm, in February 2011 and uncovered a remarkable campaign of coordinated disinformation against advocacy groups, which Mr. Brown wrote about in The Guardian, among other places.

In Gun Debate, Divide Grows as Both Sides Dig In for Battle

By ERICA GOODE
Published: September 15, 2013
Tom Diaz, the author of “The Last Gun” and a longtime advocate of stricter gun laws, said he thought the depth of that passion among gun owners had often been underestimated by “an elitist movement with good intentions.” Ultimately, he said, stronger gun laws will come not from Washington or New York but from ordinary people who decide it is time to make changes.

“I think that in the long term, the nation is going to reject this unbridled kind of gun culture,” Mr. Diaz said. “But I think it’s going to take a long time. Colorado is a true test for those actually in the trenches, but it might also be a wake-up call — nothing is easy, and pouring money in from Bloomberg is not a magic solution.”

In the Shadow of ‘Old Smokey,’ a Toxic Legacy
Contaminants from an incinerator that is long gone linger in Miami soil.

Miami officials discovered contamination two years ago at the site of Old Smokey, now a training center for firefighters, but they did not alert residents of the area. A report on the findings remained under wraps until a city employee revealed its existence this year to a University of Miami law professor, Anthony V. Alfieri, who directs the law school’s Environmental Justice Project.

Once the presence of toxins was made public, officials scrambled to commission tests of soil samples in the immediate area. They later expanded the investigation to include 7 parks, 17 private properties, 4 churches and 12 green spaces in the West Grove and in adjoining Coconut Grove, as well as in Coral Gables, a separate municipality.
Bodies Pile Up in Texas as Immigrants Adopt New Routes Over Border
By THE ASSOCIATED PRESS
Published: September 22, 2013

Three days before the woman was found on El Tule Ranch, the ranch manager, Lavoyger Durham, proudly showed off his personal contribution to addressing the problem: a 55-gallon blue plastic drum holding one-gallon water jugs. The water station is topped with a 30-foot pole and a large blue flag.

Mr. Durham, 68, said it was the first water station in Brooks County, and he has plans for several more. He would prefer for the government to erect a double-layer border fence. But in the meantime, he does not want to see people continue to die on the ranch. He estimates he has found 25 bodies on the property in the last 23 years.

“I’m trying to expose the killing fields of Brooks County,” Mr. Durham said. “If dead human beings don’t catch your attention, what the hell else is going to? We’re just trying to be human about it.”

Study Sees a Higher Risk of Storms on the Horizon
By MICHAEL WINES
Published: September 23, 2013

The eastern and central United States likely will see a greater risk of severe weather by the middle of this century as rising temperatures trigger atmospheric changes that favor storms, a new study by climate scientists from Stanford and Purdue universities concludes.

The largest single increase, an average of more than 2.4 days, was likely from March through May across parts of Texas, Oklahoma and Louisiana.

Free to Be Hungry
By PAUL KRUGMAN
Published: September 22, 2013

The word “freedom” looms large in modern conservative rhetoric. Lobbying groups are given names like FreedomWorks; health reform is denounced not just for its cost but as an assault on, yes, freedom. Oh, and remember when we were supposed to refer to pommes frites as “freedom fries”?

The right’s definition of freedom, however, isn’t one that, say, F.D.R. would recognize. In particular, the third of his famous Four Freedoms — freedom from want — seems to have been turned on its head. Conservatives seem, in particular, to believe that freedom’s just another word for not enough to eat.