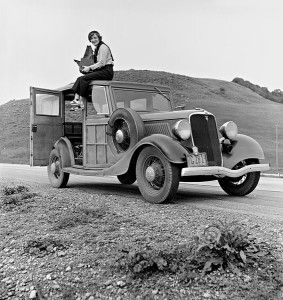 Nonetheless, the vogue for digital photography is a constructive development that, for the most part, enhances our experience of art. First, there is the eye factor. A visitor who photographs van Gogh’s “Starry Night” echoes, however wanly or casually, the basic mission of visual art: to celebrate the act of looking. When you gaze through a lens, you are likely to consider the world more deeply. You frame space and take note of composition, the curve of a line, the play of light and shadow. As the photographer Dorothea Lange noted, “The camera is an instrument that teaches people how to see without a camera.”

We are at the tipping point where art museums are poised to become copying centers whose every single artwork can be reproduced in digital form a million times every day.
I say hooray. When we photograph, e-mail, tweet and Instagram paintings, we capitalize on technological innovation to expand familiarity with an ancient form. So, too, we increase the visual literacy of this country. Much can be gained. Nothing can be lost. A photograph of a painting can no more destroy a masterpiece than it can create one.

A Way of Life Is Ending. Thank Goodness.

Powerful drugs are helping to reduce AIDS deaths in South Africa and elsewhere.

In a time of depressing news worldwide, about dysfunction and crisis from Syria to our own Congress, here’s one area of spectacular progress.

The share of people in the developing world who live in extreme poverty has been reduced from 1 in 2 in 1980 to 1 in 5 today, according to the World Bank. Now the aim is to reduce that to almost zero by 2030.

There will still be poverty, of course, just as there is far too much poverty lingering in America. But the extreme hanging-by-your-fingernails subsistence in a thatch-roof hut, your children uneducated and dying — that will go from typical to essentially nonexistent just in the course of my adult life.

The drop in mortality understates the gains, because diseases don’t just kill people but also leave them disabled or unproductive, wrecking the economy. Poor people used to go blind routinely from disease or were unable to work for want of reading glasses. Now they are much less likely to go blind, and far more likely to get glasses.

These achievements aren’t just the result of work by Western donors or aid groups. Some of the biggest gains resulted from economic growth in China and India. When the poor are able to get jobs, they forge their own path out of poverty.

‘Affordable Care’ or a Rip-Off?
By ELISABETH ROSENTHAL
Published: September 28, 2013

For those who balk at the new bills, it is useful to remember that those high co-payments are largely a function of the uniquely high price of medical services in the United States — everything from drugs to scans to operating room time.

In a country where even minor medical procedures cost two or three times more than elsewhere in the developed world, cost-sharing is far more likely to be a burden. A healthy 60-year-old in California with a chronic condition like asthma who needs little more than asthma medicine and an outpatient hernia operation could easily pay $7,000 in premiums plus a $2,250 deductible plus $3,000 for the 20 percent hospital co-pay. When my husband recently developed a blood clot in his leg after a bicycling injury, the generic heparin shots to treat the condition cost $1,400 at the pharmacy. Though the medicine is nothing new, our insurer considered it a specialty drug because of its price. Under some states’ silver plans, that would require a 50 percent, or $700, co-pay before getting this potentially lifesaving treatment.

Does that seem affordable, or not?

G.O.P Draws its weapons to fight health care law
NY Times
Represenitive Devin Nunes, Republican of California likened the hard-line, conservative members of his conference to “lemmings with suicide vests.”
“It’s kind of an insult to lemmings to call them them lemming,so they’d have to be more than just a lemming, because humping to your death is not enough,”He said.

One recent evening at a Damascus restaurant, two longtime friends who took opposite sides early in the uprising lamented where it had ended up. The government opponent denounced Damascus intellectuals for ceding leadership of the rebellion to armed groups. The pro-government friend, surprisingly, was more forgiving, noting the government of President Bashar al-Assad had cracked down quickly on peaceful activists.

“They were never given the space to act,” she said.

On both sides, flashes of emotion telegraph deepening frustration. Walking past a wall scrawled with the slogan “Assad only, Assad forever,” one government supporter spluttered: “This is wrong. Syria is for my children — for everyone equally, not just for one person.”
Resentment between those who fled and those who stayed also suffuses the opposition.

At another gathering, a government critic complained that the exile opposition had gutted the movement by luring young activists to Turkey to work fruitlessly, if lucratively, to set up an alternative government.

The critic’s daughter said she had lost hope that their dreams of democracy would be achieved. “Not in our lifetime,” she said.

The critic, appalled, said: “No! Maybe not in my lifetime. But in yours,” adding, “We’ll see.”

The young woman shook her head. “We’ve been seeing,” she said.

Amid Bloodshed in Pakistan, a Stock Exchange Soars
By DECLAN WALSH
Published: October 3, 2013

In Karachi, where most big companies and banks have their headquarters, about 2,500 people died violently last year. But the bloodshed is concentrated in the city’s working-class areas, allowing the wealthy to continue with life as normal — with some adjustments like layers of security barriers and heavily armed private security forces.
“As far as the killings go, forget about it — that’s part of life,” said Zain Hussain, chief executive of the stock brokerage firm Taurus Securities. “It’s something that I am immune to, and so are most investors.” 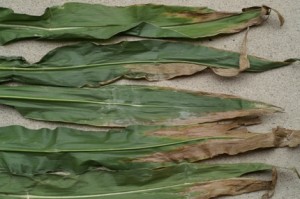 No one is certain why Goss’s wilt has become so rampant in recent years. But many plant pathologists suspect that the biggest factor is the hybrids chosen for genetic modification by major seed companies like Monsanto, DuPont and Syngenta.

“My theory is that there were a couple of hybrids planted that were selected because they had extremely high yield potentials,” said Dr. Robertson, whose research is financed by Monsanto and the Agriculture Department. “They also may have been highly susceptible to Goss’s wilt.”

About 90 percent of the corn grown in the United States comes from seeds that have been engineered in a laboratory, their DNA modified with genetic material not naturally found in corn species. Almost all American corn, for instance, is now engineered to resist the powerful herbicide glyphosate (often sold as Roundup), so farmers can kill weeds without killing their corn.