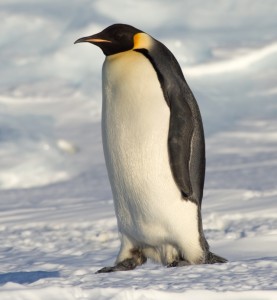 Is It O.K. to Kill Cyclists?
By DANIEL DUANE
Published: November 9, 2013
In stories where the driver had been cited, the penalty’s meagerness defied belief, like the teenager in 2011 who drove into the 49-year-old cyclist John Przychodzen from behind on a road just outside Seattle, running over and killing him. The police issued only a $42 ticket for an “unsafe lane change” because the kid hadn’t been drunk and, as they saw it, had not been driving recklessly.

Two Massachusetts women killed when motorist hits a group of bicyclists during annual ride in New Hampshire.
U.S.A. Today 9/21/13
HAMPTON, N.H. (AP) — A car slammed into a group of bicyclists Saturday during an annual ride along the New England coastline, killing two riders and injuring three others, police said. The crash happened on a two-lane bridge in Hampton at about 8:30 a.m., just after the start of the 40th annual Granite State Wheelmen Tri-State Seacoast Century ride. Police said two Massachusetts women were killed. They were identified as Pamela Wells, 60, of South Hamilton, and Elise Bouchard, 52, of Danvers. Two other riders suffered non-life threatening injuries, police said. 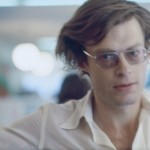 It’s worth lingering on Mr. Cockburn’s Kerouac-ian impulses (“I love scrubby old state highways, warm with commercial life”), because out in the middle of America was where he seemed happiest. From his mobile war rooms, he kept an eye on his adopted country. A class warrior, he kept closer watch through his windscreen on unchecked corporate power.

But my favorite newly studied method of combating sore muscles is watermelon juice, which, according to an experiment published in July in The Journal of Agricultural and Food Chemistry, contains a hefty dose of l-citrulline, a substance that seems to protect muscles against pain. Cyclists who drank about 17 ounces of fresh watermelon juice an hour before completing a strenuous interval session experienced fewer aches afterward than riders drinking a placebo. 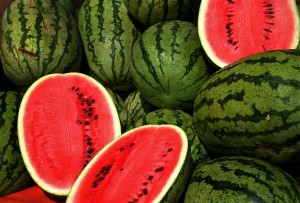 The study, published online in Neurology, found that 66 patients with depression, or 1.42 percent, developed Parkinson’s disease, compared with 97, or 0.52 percent, among those who were not depressed. After controlling for age, sex, diabetes, hypertension and other factors, the researchers found clinical depression was associated with more than three times the risk for Parkinson’s disease.

Zoos Try to Ward Off a Penguin Killer
Penguins at the London Zoo. Last year, six penguins died of malaria at the zoo.
By DONALD G. McNEIL Jr.
Published: October 6, 2013
“It’s probably the top cause of mortality for penguins exposed outdoors,” said Dr. Allison N. Wack, a veterinarian at the Maryland Zoo in Baltimore, which is building a new exhibit that will double its flock to a hundred birds. If left untreated, the disease would probably kill at least half the birds it infected, though outbreaks vary widely in intensity.
The avian version is not a threat to humans because mosquitoes carrying malaria and the parasites are species-specific; mosquitoes that bite birds or reptiles tend not to bite mammals, said Dr. Paul P. Calle, chief veterinarian for the Wildlife Conservation Society, which runs New York City’s zoos. And avian malaria is caused by strains of the Plasmodium parasite that do not infect humans.

A Label Calls Attention to Obesity

Most people know that obesity can result in serious health problems, yet many of us continue to focus on its cosmetic consequences rather than its risks to health.
The designation may change how aggressively doctors treat obesity, foster the development of new therapies, and lead to better coverage byinsurers. After all, the price of not treating obesity is now in the stratosphere. Obesity-related health conditions cost the nation more than $150 billion and result in an estimated 300,000 premature deaths each year.
If the population’s weight gain is not soon capped (or better yet, reversed), experts predict that half of adults in America will be obese by 2040. The A.M.A. has said in effect that it is medicine’s responsibility to provide the knowledge and tools needed to curb this runaway epidemic.

In 1899, the sociologist Thorstein Veblen scathingly critiqued what he called the “conspicuous consumption” of America’s upper class. The rich were so obsessed with their social status, he wrote, that they would go to gratuitous lengths to signal it. His famous example was silver flatware: handcrafted silver spoons, though no more “serviceable” than and hardly distinguishable from aluminum ones, conferred high social rank and signaled membership in what he called the “leisure class.”

In Praise of Art Forgeries
By BLAKE GOPNIK
Published: November 2, 2013

Our current market, geared toward the ultra-wealthy, is helping few and hurting many. It stomps down all the emerging and midlevel dealers, artists, curators and even collectors who can’t play in the big-money game. It’s also hurting all the art lovers, current and future, who deserve work that’s conceived to address artistic issues, not to sell well to robber barons. If forgers can help burst our art bubble, blessings be upon them.