Man on the Spot #22: “The Floundering of America” 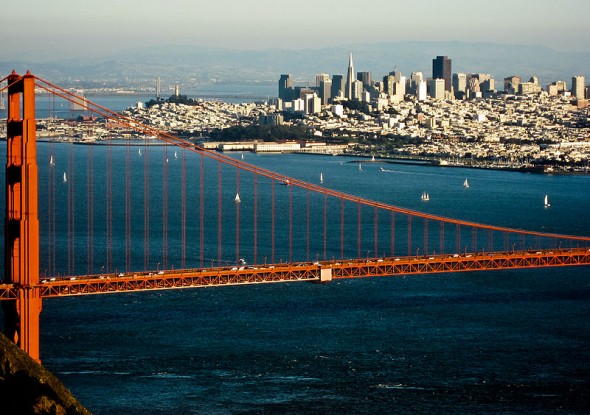 In Praise of Art Forgeries

By BLAKE GOPNIK
Our current market, geared toward the ultra-wealthy, is helping few and hurting many. It stomps down all the emerging and midlevel dealers, artists, curators and even collectors who can’t play in the big-money game. It’s also hurting all the art lovers, current and future, who deserve work that’s conceived to address artistic issues, not to sell well to robber barons. If forgers can help burst our art bubble, blessings be upon them. “If a fake is good enough to fool experts, its good enough to give the rest of us pleasure”.

End the N.S.A. Dragnet, Now
By RON WYDEN, MARK UDALL and MARTIN HEINRICH
Rather than adopt our legislation, the Intelligence Committee chose to codify excessively broad domestic surveillance authorities. So we offered amendments: One would end the bulk collection of Americans’ records, but still allow intelligence agencies to obtain information they legitimately needed for national security purposes by getting the approval of a judge, which could even be done after the fact in emergency situations. Another of our amendments sought to prevent the N.S.A. from collecting Americans’ cellphone location information in bulk — a capability that potentially turns the cellphone of every man, woman and child in America into a tracking device.
Each of these proposals represents real and meaningful reform, which we believe would have fulfilled the purpose of protecting our security and liberty. Each was rejected by the committee, in some cases by a single vote. 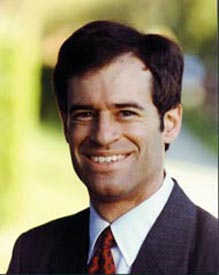 Conservative Leads Effort to Raise Minimum Wage in California
By JENNIFER MEDINA
LOS ANGELES — Ron Unz, a Silicon Valley millionaire, rose to fame by promoting a ballot initiative that essentially eliminated bilingual education in California. He went on to become publisher of The American Conservative, a libertarian-leaning magazine.

But after decades in the conservative movement, Mr. Unz is pursuing a goal that has stymied liberals: raising the minimum wage. He plans to pour his own money into a ballot measure to increase the minimum wage in California to $10 an hour in 2015 and $12 in 2016, which would make it by far the highest in the nation. Currently, it is $8 — 75 cents higher than the federal minimum.

It is time — indeed, past time — for President Obama to educate the public about the injustice that runs through our criminal justice system with regard to sentencing and about the almost wanton destruction of lives of low-visibility people without friends in high places. He could (and should) provide a lesson in mercy at least and possibly even in forgiveness with the stroke of his pen and an edifying speech explaining his action.
–SANFORD LEVINSON
Brookline, Mass., Nov. 22, 2013
The writer is a professor at University of Texas Law School and a visiting professor at Harvard Law School.

Backlash by the Bay: Tech Riches Alter a City
The Changing Mission: San Francisco’s technology industry is booming. As housing costs increase some worry that the city’s colorful neighborhoods, like the Mission, are at risk of losing their character.
By ERICA GOODE and CLAIRE CAIN MILLER

Longtime residents of the Mission District complain that high-end apartments, expensive restaurants and exclusive boutiques are crowding out the bodegas, bookstores and Mexican bars. They complain about workers who, like residents of a bedroom community, board company buses every morning and return every evening to drink and dine on Valencia Street.
And they grumble about less tangible things: an insensitivity in interactions in stores and on the street, or a seeming disregard for neighborhood traditions. The annual Day of the Dead procession, meant to be solemn, has turned into a rowdy affair that many newcomers seem to view as a kind of Mexican Halloween.

Herbert Mitgang, Wide-Ranging Author and Journalist
By Douglas Martin
Herbert Mitgang, an author and journalist whose wide-ranging work included Abraham Lincoln biographies and an exposé of the F.B.I.’s bulging files on America’s most renowned writers — John Steinbeck’s dossier was 800 pages long — died on Thursday at his home in Manhattan. He was 93. His son, Lee, said the cause was complications of pneumonia.
Using the Freedom of Information Act and other methods, Mr. Mitgang — a longtime reporter and editor for The New York Times — told of mountains of records squirreled away by the F.B.I., the C.I.A. and other agencies impugning the patriotism of W. H. Auden, Truman Capote, Tennessee Williams, Thornton Wilder and other authors, poets and playwrights.
His 1988 book, “Dangerous Dossiers: Exposing the Secret War Against America’s Greatest Authors,” reported that the agencies were suspicious not just of radical views but also of liberal ones. Mr. Mitgang said the Nobel Prize winners Sinclair Lewis and William Faulkner were monitored in part because they favored racial equality.

Witnesses at Hearing Urge Congress to Enlist Antidoping Agency and Save Horse Racing
By JOE DRAPE
“I was stunned by the lengths some trainers will go to win races,” Jesse M. Overton, a former racing commissioner in Minnesota, told a House Subcommittee on Commerce, Manufacturing and Trade. “There is no drug or compound that has not been tried in horses, from EPO and anabolic steroids to frog juice and cobra venom. And I promise there are chemists right now working up new, illegal, undetectable substances to give a trainer who wants a performance advantage, especially if he doesn’t have the fastest horse.”

Nearly seven years since the Military Lending Act came into effect, government authorities say the law has gaps that threaten to leave hundreds of thousands of service members across the country vulnerable to potentially predatory loans — from credit pitched by retailers to pay for electronics or furniture, to auto-title loans to payday-style loans. The law, the authorities say, has not kept pace with high-interest lenders that focus on servicemen and women, both online and near bases.
Some lenders, military members say, use threats to ensure that they are repaid. The service members said they were told that if they fell behind, the lenders would go to their commanding officers.

By RON NIXON New York Times
Under changes proposed by the Obama administration, the agency would be allowed to use up to 45 percent of its food-aid money to buy locally, but Congress has rejected that. As a result, international aid groups say that there might be long delays in getting food to the Philippines in time for people who need it, said Eric Munoz, a Washington policy analyst with Oxfam International, a humanitarian group.

By ROBERT DALLEK
What made Kennedy Great?

WASHINGTON — Fifty years after John F. Kennedy’s assassination, he remains an object of almost universal admiration. And yet, particularly this year, his legacy has aroused the ire of debunkers who complain that Kennedy is unworthy of all this adulation.

He was, they say, all image and no substance, a shallow playboy whose foreign policy mistakes and paltry legislative record undermine any claim to greatness. His assassination, personal attributes of good looks and charm, joined to Jacqueline Kennedy’s promotion of a Camelot myth, have gone far to explain his popularity.

A Time for Courage

By ROGER COHEN
HAMBURG, Germany — It being the 100th anniversary of Willy Brandt’s birth, the image has been much present in Germany: the former chancellor on his knees in the Warsaw ghetto in the silent act that defined German shame for the Holocaust. As Brandt later said, “Carrying the burden of the millions who were murdered, I did what people do when words fail them.”

By STEVEN GREENHOUSE
One year after the Tazreen factory fire in Bangladesh, many retailers that sold garments produced there or inside the Rana Plaza building that collapsed last spring are refusing to join an effort to compensate the families of the more than 1,200 workers who died in those disasters. A handful of retailers — led by Primark, an Anglo-Irish company, and C&A, a Dutch-German company — are deeply involved in getting long-term compensation funds off the ground, one for Rana Plaza’s victims and one for the victims of the Tazreen fire, which killed 112 workers last Nov. 24.

“The Floundering of America”

POLITICS & IDEAS by William A. Galston
Wall Street Journal
If the CBO is right, the population of Americans 65 or older would rise by 37% over the next decade and 85% by 2038. The number of Social Security beneficiaries would rise correspondingly—from 57 million today to 76 million in 2023 and a staggering 101 million just 15 years later. The system’s actuarial shortfall would amount to 3.4% of taxable payroll, significantly more than the 2.72% the trustees expect. And the surge in Social Security outlays is only one of many challenging consequences of a rapidly aging society.