Home » Blog » Man on the spot #24: Aid-worker attacks, imprisonment and freedom of the press

Man on the spot #24: Aid-worker attacks, imprisonment and freedom of the press 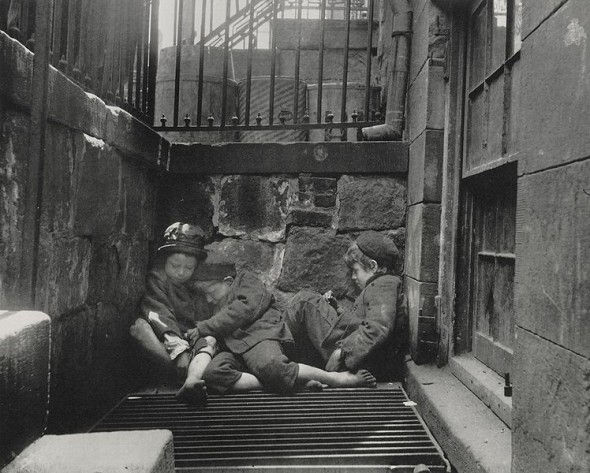 It is no place for children. Yet Dasani is among 280 children at the shelter. Beyond its walls, she belongs to a vast and invisible tribe of more than 22,000 homeless children in New York, the highest number since the Great Depression, in the most unequal metropolis in America. In the short span of Dasani’s life, her city has been reborn. The skyline soars with luxury towers, beacons of a new gilded age. More than 200 miles of fresh bike lanes connect commuters to high-tech jobs, passing through upgraded parks and avant-garde projects like the High Line and Jane’s Carousel. Posh retail has spread from its Manhattan roots to the city’s other boroughs. These are the crown jewels of Mayor Michael R. Bloomberg’s long reign, which began just seven months after Dasani was born.

In many markets, investors have rushed to meet the new demand by building new multifamily housing units or by buying up foreclosed homes and renting them out. But that has not translated into a surge of new units available to low-income renters. “Builders always are aiming at that higher end,” said Jed Kolko, the chief economist at Trulia. “And eventually, as those new units age, they trickle down to lower-income borrowers.” 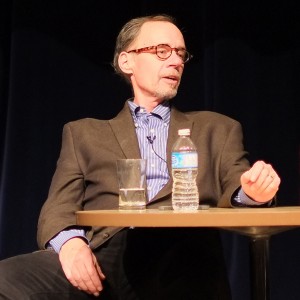 Where Freedom of the Press Is Muffled
By DAVID CARR
Published: December 8, 2013

It was the first time a high-ranking United States official had spoken publicly about the professional plight of journalists seeking to fully report on China.
While it was heartening to see the White House at the forefront of the effort to ensure an unfettered press, government officials in Britain, a supposedly advanced democracy and the United States’ closest ally, might do well to consider Mr. Biden’s words. (Some of his colleagues in the Justice Department, which has ferociously prosecuted leakers, might take heed as well, but that’s a matter for a different day.) 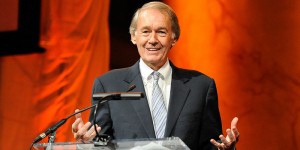 Senator Markey said he planned to introduce legislation in the coming weeks that would provide stronger privacy protections for consumers, including the requirement of a warrant for police to get cellphone location information from a carrier as proof that it would help uncover evidence of a crime.

EDITORIAL | SUNDAY OBSERVER
Borderline Insanity at the Fence in Nogales
The agency last month reaffirmed its policy on deadly force, saying agents have the right to shoot when their lives are in danger. I stood against the bullet-riddled wall where José fell, and could not imagine throwing a rock that far — across a road, up a 25-foot embankment and then over the fence — and hurting anybody. José was hit by 11 shots, seven of them in the back. The case is under investigation. If there is video of the shooting — a surveillance tower looms nearby — the agency has not released it.
The Border Patrol says it has improved training and tactics to reduce lethal incidents.

OP-ED COLUMNIST
The Families We Invent
By FRANK BRUNI
Published: December 2, 2013
It’s about common needs, common generosity. It’s an act of will as much as an accident of birth. That’s worth remembering during this merrymaking, reunion-heavy season, when “family” is usually invoked in terms too narrowly traditional. They fail to recognize that former schoolmates, fellow churchgoers, neighbors or other friends can mean every bit as much to you as any actual relatives do. They fail to acknowledge how many people have been let down by those relatives, and have forged a family of their own invention.

On the public front, the 2012 Supreme Court decision allowing states to opt out of the Medicaid expansion slashed the number of people eligible for that program. The White House has stressed that it hopes that all states join the Medicaid expansion, which would help reduce costs for state governments as the federal government picks up most of the bill for the newly covered.

As Hospital Prices Soar, a Stitch Tops $500
By ELISABETH ROSENTHAL
DECEMBER 2, 2013
On a quiet Saturday in May, nurses in blue scrubs quickly ushered the two patients into treatment rooms. The wounds were cleaned, numbed and mended in under an hour. “It was great — they had good DVDs, the staff couldn’t have been nicer,” said Emer Duffy, Orla’s mother.

Green Bay’s gonzo linebacker Clay Matthews looks all the more terrifying with his blond Norse berserker locks fluttering in the breeze (pardon that Vikings-centric comparison, Packers fans). Troy Polamalu, Pittsburgh’s punishing safety, punctuates every hit with an explosion of black frizz bursting from his helmet. To judge from the record, he is well aware of the symbolic power of hair in combat. “Throughout history,” he has been quoted saying, “every great warrior — the Greeks, the Samurais, the American Indians, the Mongolians, you name it — had long hair and would dress it before battle.”

Sam comments: “Up to that certain age.”

Attacks on Aid Workers Rise in Afghanistan, U.N. Says
By ROD NORDLAND
Published: December 2, 2013
International aid makes up a vast majority of Afghan economic activity. And continuing such assistance after the 2014 American military withdrawal is a central part of security planning.

Train Had a Warning System, Just Not in the Operator’s Cab
By MATT FLEGENHEIMER, FORD FESSENDEN and HENRY FOUNTAIN
Published: December 4, 2013

Alert System
Instead of a dead-man’s pedal, the cabs of many modern trains have an “alerter” equipped with a loud horn and a button that must be pushed within seconds by the operator if there is a lull in train control manipulations. The system was available only for northbound trips.

Unarmed Man Is Charged With Wounding Bystanders Shot by Police Near Times Square
By JAMES C. McKINLEY Jr.
Published: December 4, 2013 An unarmed, emotionally disturbed man shot at by the police as he was lurching around traffic near Times Square in September has been charged with assault, on the theory that he was responsible for bullet wounds suffered by two bystanders, according to an indictment unsealed in State Supreme Court in Manhattan on Wednesday.

Spying and the Constitution
Published: December 2, 2013
New York Times.
To the Editor:
Re “End the N.S.A. Dragnet, Now,” by Senators Ron Wyden, Mark Udall and Martin Heinrich (Op-Ed, Nov. 26):
The National Security Agency’s indiscriminate surveillance of American citizens contradicts the Constitution’s moral cornerstones: It is better to be the victim of injustice than to be complicit in it; we knowingly take risks under the Fourth Amendment to avoid injuring the innocent; the right to be left alone is the most cherished right among civilized peoples; and every citizen is crowned with a strong presumption of loyalty and love of country. When these cornerstones are chronically flouted, liberty withers and dies.
BRUCE FEIN
Washington, Nov. 26, 2013 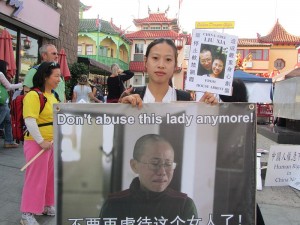 November 29, 2013, 6:09 am
Isolation Under House Arrest for Wife of Imprisoned Nobel Laureate
By AUSTIN RAMZY
Andy Wong/Associated PressLiu Xia, in Beijing in 2010.
Liu Xia, the wife of the imprisoned Chinese Nobel laureate Liu Xiaobo, says she feels completely isolated living under house arrest in Beijing and finds rare happiness in reading, according to a July letter. “My reading has no specific goal; for me it’s rather like breathing — I have to do it in order to live,” she wrote. “When I find books that I love, I feel the author is writing for me alone, and feel a private joy.”