Home » Blog » Man on the Spot #28: Radioactive waste, the wisdom of dogs and pedestrian islands in NYC

Man on the Spot #28: Radioactive waste, the wisdom of dogs and pedestrian islands in NYC 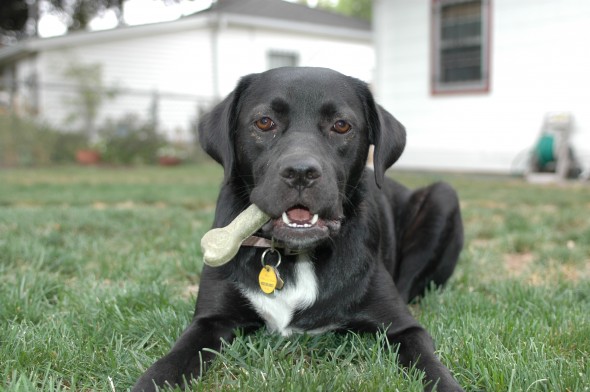 Scientists studying why pets appear to protect kids against asthma and allergies say the answer might lie in the world of bacteria that live in the gut. Having dogs in the house “might inoculate the GI tract” of babies and lead to a more mature immune response that is less sensitive to many allergens, said Susan Lynch, an associate professor in the division of gastroenterology at University of California, San Francisco and senior author of the study, published in the Proceedings of the National Academy of Sciences.

A blind man who was expecting to soon have to part with the guide dog that saved him and stayed by his side after the man fell onto New York City subway tracks gets to keep his loyal dog after all, thanks to several anonymous donors. “Orlando is my best buddy, he’s my pal,” Cecil Williams said at an emotional news conference today. “He’s always with me. When I travel on a train or bus, he’s next to me. He’s always watching out for me. He’s always looking for me. That’s his job.” Williams, 61, and his black lab Orlando were on a subway platform Tuesday morning when Williams lost consciousness and fell in front of an oncoming train. Orlando jumped onto the tracks to help his master and Williams credits the dog with saving him

Turning the City’s Wheels in a New Direction
By MATT FLEGENHEIMER, Published: December 29, 2013

Janette Sadik-Khan, the Bloomberg administration’s hard-charging transportation commissioner, has had an enviable victory lap. Her bike share program attracted more than 95,000 annual members in its first seven months, entrenching itself so firmly in the zeitgeist of New York City that Paul McCartney endorsed the system on “Saturday Night Live.” She will soon begin a new job spreading the gospel of cycling lanes and pedestrian islands in cities across the country, as part of a consulting group formed by departing Mayor Michael R. Bloomberg.

The suggested changes follow years of nationalist attempts — long backed by Mr. Abe — to whittle away at negative depictions of Japan’s wartime activities. Those who oppose textbook revisions say they are beginning to see the contours of a new strategy: forcing change at the local level that has sometimes failed at the national level.

A Silent Gold Mine From Down Under
Silent Treasures From the New Zealand Film Archive, Flims/Video New York Times Dave Kehr
September 22, 2013

The practice is casting light on what has long been an open secret: The bulk of the contributions to these charities come from the pharmaceutical companies. The foundations not only help hundreds of thousands of patients a year, they also raise drug company sales and profits. After all, if a patient cannot afford out-of-pocket costs of $5,000 for a $100,000-a-year drug, the drug company gets nothing. But if the manufacturer or the charity pays the $5,000, the patient gets the drug and the company receives $95,000 from the patient’s insurance company orMedicare.

For me, one stunning fact says it all. In a November Opinionator column for the website of The New York Times, “The Real Humanities Crisis,” Gary Gutting, a professor of philosophy at the University of Notre Dame, discussed the overall decline of support for the humanities and pointed to the travails of the Minnesota Orchestra. At a time when a deficit of just $6 million has pushed the orchestra almost to collapse, Mr. Gutting wrote, the Minnesota State Legislature appropriated $500 million to help construct a new football stadium for the Minnesota Vikings. So, in American society we get what we pay for. Our priorities seem clear. 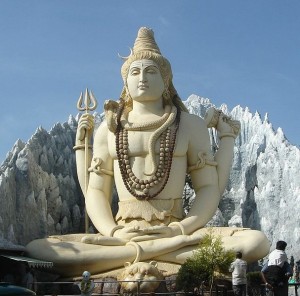 The origins of the ideas and actions we call yoga are obscure, and the visual history all but unstudied. The Sackler show is the first major art survey in the United States to tackle the subject. There is evidence that religious ascetics were wandering North India as early as the fifth century B.C., practicing meditation and breath control in pursuit of mind-over-matter transcendence. By the second century A.D. their methods had long since been absorbed into Buddhism, Hinduism and Jainism, and were codified in the Yoga Sutras, a philosophical treatise that doubled as a user’s manual and is attributed to a sage named Patanjali.

A client of Mother Brown’s talked about being homeless in the neighborhood her family had been in for generations. “My grandparents are the ones that migrated from the south, that came up here to work on those shipyards,” she said. “Think about that parent who is working at McDonalds, or working a low, minimum-wage job. They can’t afford the new housing that’s coming in, that’s being developed. Yes, we love it. We love to look at the property that we cannot live in.”

BRIDGETON, Mo.—A dispute is smoldering here, in one sense quite literally, over what to do with thousands of tons of radioactive waste in a landfill in this suburban St. Louis town. Some residents argue the waste, created decades ago by the U.S. nuclear-weapons program and other federal work, poses a health and environmental threat and should be removed. The landfill’s owner disputes that and says the best course is to leave the waste in place with some beefed-up protections. The Environmental Protection Agency has favored the second option but is reconsidering in reaction to community opposition. The dispute is complicated by other factors. What officials from the EPA and the landfill’s owner call a “subsurface smoldering event”—locals call it an underground fire—has sprung up in a nearby nonnuclear landfill area.