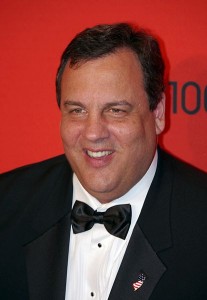 50 Years Later, War on Poverty Is a Mixed Bag
By ANNIE LOWREYJAN. 4, 2014 New York Times
According to one recent study, as of mid-2011, in any given month, 1.7 million households were living on cash income of less than $2 a person a day, with the prevalence of the kind of deep poverty commonly associated with developing nations increasing since the mid-1990s.

The Opinion Pages|Op-Ed Contributors
What’s the Matter With Kansas’ Schools?
By DAVID SCIARRA and WADE HENDERSONJAN. 7, 2014 New York times
KANSAS, like every state, explicitly guarantees a free public education in its Constitution, affirming America’s founding belief that only an educated citizenry can preserve democracy and safeguard individual liberty and freedom. And yet in recent years Kansas has become the epicenter of a new battle over the states’ obligation to adequately fund public education. Even though the state Constitution requires that it make “suitable provision” for financing public education, Gov. Sam Brownback and the Republican-led Legislature have made draconian cuts in school spending, leading to a lawsuit that now sits before the state Supreme Court.

The Lessons of Physical Therapy
By GABRIELLE GIFFORDS, JAN. 7, 2014 New York times
Our fight is a lot more like my rehab. Every day, we must wake up resolved and determined. We’ll pay attention to the details; look for opportunities for progress, even when the pace is slow. Some progress may seem small, and we might wonder if the impact is enough, when the need is so urgent.

For Some Tenants, Only Thing Heating Up Is a Temper
By JOHN LELAND JAN. 7, 2014 New York Times
The landlord in Ms. McFarlane’s and Ms. Ortega’s buildings, at 930 and 940 Prospect Place in Crown Heights, Seth Miller, was named one of the city’s 50 worst landlords by Bill de Blasio last year, when he was the city’s public advocate. The Department of Housing Preservation and Development lists 78 open violations in the two buildings, which have a common heating system. Since Mr. Miller’s company, Aegis Realty Management Company, bought the buildings out of foreclosure in 2012, tenants say it has harassed and tried to evict long-term tenants, challenging their leases and refusing to accept their rent payments, in order to bring in higher-paying residents. The tenants have sued Aegis and Mr. Miller for failure to provide heat and adequate hot water; their case is scheduled to be heard in housing court next Tuesday.

The Opinion Pages|Op-Ed Contributor
The Bubble Is Back
REAL ESTATE PRICES ARE ONCE AGAIN OUTSTRIPPING THE COST OF RENTING
By PETER J. WALLISON JAN. 5, 2014 NEW YORK TIMES
Housing bubbles are measured by comparing current prices to a reliable index of housing prices. Fortunately, we have one. The United States Bureau of Labor Statistics has been keeping track of the costs of renting a residence since at least 1983; its index shows a steady rise of about 3 percent a year over this 30-year period. This is as it should be; other things being equal, rentals should track the inflation rate. Home prices should do the same. If prices rise much above the rental rate, families theoretically would begin to rent not buy.

District Judge Upholds Government’s Right to Search Electronics at Border
By SUSAN STELLINDEC. 31, 2013 New York Times
The government’s right to search travelers’ electronic devices at the border was upheld in a ruling released by a federal judge on Tuesday, which dismissed a lawsuit challenging this policy. Even if the plaintiffs did have standing, Judge Korman found that they would lose on the merits of the case, ruling that the government does not need reasonable suspicion to examine or confiscate a traveler’s laptop, cellphone or other device at the border. 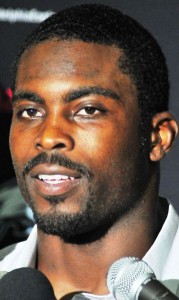 Imagining President Christie
JAN. 10, 2014 New York Times, Gail Collins
Let us count the ways that this week’s traffic-jam scandal is actually good for Chris Christie’s presidential Of course. And Christie has stamina! On Thursday, he held a press conference on the George Washington Bridge traffic-jam fiasco and talked for nearly two hours. The historian Michael Beschloss says he can’t think of any actual president who ever went on that long. It was even longer than the longest presidential Inaugural Address, which involved an hour and three-quarters of William Henry Harrison. Harrison then died one month into office. But he did not have a personal trainer, and Chris Christie does.

Note: William Henry Harrison is our man on the spots’ great – great grandfather!

The Next Data Privacy Battle May Be Waged Inside Your Car
By JACLYN TROPJAN. 10, 2014 New York Times
Cars are becoming smarter than ever, with global positioning systems, Internet connections, data recorders and high-definition cameras. Drivers can barely make a left turn, put on their seatbelts or push 80 miles an hour without their actions somehow, somewhere being tracked or recorded. 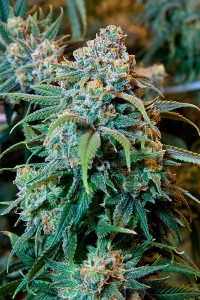 The Opinion Pages|Op-Ed Contributor
Terrorism’s Fertile Ground:  Growing up in an African slum, I saw the lure of violence.
By KENNEDY ODEDEJAN. 8, 2014 New York Times
Over the past few years, the Shabab, the Somali militant group that took credit for the Westgate massacre, has inflicted terror on the citizens of Kenya, throwing grenades into local bars, bus stations and villages near the border — places frequented by the poor and lower middle class. Only Westgate, however, garnered enormous international media attention. This was of course because of the scale of the tragedy, but also because of the

Before Signing a Strong Arm, Teams Should Heed Vick’s Dark Past
JAN. 5, 2014 New York Times Juliet Macure
Animal lovers everywhere can cheer Vick’s departure from this city. Especially those who have had to watch him play here since 2009, less than three months after he served time in a federal prison for his role in a dogfighting ring.

What are you smoking? Study finds pesticides transfer to marijuana smoke
Thadeus Greenson/The Times-Standard
Mendocino Beacon 12/5/14
When you take a hit of marijuana, you might be inhaling a lot more than pot. During a recent presentation at Humboldt State University, Jeffrey Raber said a recent study he conducted found that up to 70 percent of the pesticides found on a marijuana bud can transfer to the smoke being inhaled. ”I think that what’s so alarming to us is that such a huge amount of pesticide material could be transferred,” Raber said. “And, you have to consider that when you inhale (something), it’s much like injecting it directly into your blood stream.”