Home » Blog » Man on the Spot #30: Space junk, the enema files and energy in flux

Man on the Spot #30: Space junk, the enema files and energy in flux 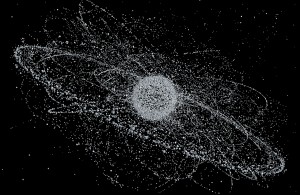 The Older Mind May Just Be a Fuller Mind
By BENEDICT CAREY New York Times January 27, 2014
What shocked me, to be honest, is that for the first half of the time we were doing this project, I totally bought into the idea of age-related cognitive decline in healthy adults,” the lead author, Michael Ramscar, said by email. But the simulations, he added, “fit so well to human data that it slowly forced me to entertain this idea that I didn’t need to invoke decline at all.”

From Warheads to Cheap Energy
Thomas L. Neff’s Idea Turned Russian Warheads Into American Electricity
By WILLIAM J. BROADJAN. 27, 2014
As the Cold War ended in the late 1980s and early ’90s, a new fear arose amid the rejoicing and relief: that atomic security might fail in the disintegrating Soviet Union, allowing its huge stockpile of nuclear warheads to fall into unfriendly hands. Thomas L. Neff, a physicist at the Massachusetts Institute of Technology, hit on his improbable idea: Why not let Moscow sell the uranium from its retired weapons and dilute it into fuel for electric utilities in the United States.

Fissures in G.O.P. as Some Conservatives Embrace Renewable Energy
By JOHN SCHWARTZJAN. 25, 2014 New York Times
Similar conflicts are going on in California and Colorado, with many more to come. And as the issue pops up, conservatives are even joining forces with environmental groups. In Georgia, a Tea Party activist and the Sierra Club formed a “Green Tea Coalition.” 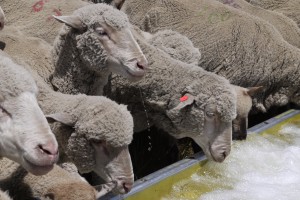 Pastoral Icon or Woolly Menace?
By RICHARD CONNIFF JAN. 24, 2014 opinion by: New York Times
YOU don’t have to look far to see the woolly influence of sheep on our cultural lives. They turn up as symbols of peace and a vaguely remembered pastoral way of life in our poetry, our art and our Christmas pageants. Though beavers are neither big nor bad, a recent trial program to reintroduce them to the British countryside caused furious public protest. (One writer denounced “the emotion-based obsession with furry mammals of the whiskery type.”) And late last year, when five wolves escaped from the Colchester Zoo, authorities quickly shot two of them dead. A police helicopter was deployed to hunt and kill another, and a fourth was recaptured. Prudently, the fifth wolf slunk back into its cage, defeated.

Beijing’s Bad Air Would Be Step Up for Smoggy Delhi
By GARDINER HARRISJAN. 25, 2014
NEW DELHI — In mid-January, air pollution in Beijing was so bad that the government issued urgent health warnings and closed four major highways, prompting the panicked buying of air filters and donning of face masks. But in New Delhi, where pea-soup smog created what was by some measurements even more dangerous air, there were few signs of alarm in the country’s boisterous news media, or on its effervescent Twittersphere.

China Exports Pollution to U.S., Study Finds
By EDWARD WONGJAN. 20, 2014 New York Times
The movement of air pollutants associated with the production of goods in China for the American market has resulted in a decline in air quality in the Western United States, the scientists wrote, though less manufacturing in the United States does mean cleaner air in the American East.

China Accuses Uighur Intellectual of Separatism for His Advocacy Work
By ANDREW JACOBSJAN. 25, 2014 New York Times
BEIJING — In an ominous sign of the fate awaiting one of China’s best-known Uighur intellectuals, security officials in the far western region of Xinjiang issued a statement on Saturday that accused him of separatism and inciting ethnic hatred.

China Sentences Legal Activist to 4 Years for Role in Protests
By ANDREW JACOBS and CHRIS BUCKLEYJAN. 25, 2014 New York Times
Prosecutors claimed Mr. Xu was the “ringleader” of several protests in Beijing during which participants held aloft banners denouncing corruption or demanding an end to the nation’s discriminatory education policies.

Now Playing in Denver: Reefer Gladness
JAN. 25, 2014 New York Times, Maureen Down
DENVER — SO you want to get high in a high-end way in the Mile High City. “We want the higher-end clientele,” the 38-year-old Chastity says. “Comedians. Adult film entertainers. Musicians.” Dale chimes in: “We’re trying to keep stoned tourists from getting lost in Denver and causing mayhem. Our motto is ‘Don’t come on vacation and leave on probation.’ ” 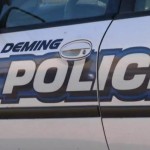 SundayReview | Editorial
The Koch Party
By THE EDITORIAL BOARDJAN. 25, 2014
In 2012, as The Washington Post reported, the Koch network raised $407 million, which was secreted among 17 groups with cryptic names and purposes that were designed to make it impossible to figure out the names of donors the Kochs worked with. As one tax expert told The Post, “it’s designed to make it opaque as to where the money is coming from and where the money is going.”

Is It Immoral to Watch the Super Bowl?
JAN. 24, 2014 New York Times
Over the past 12 years, as Americans have sought a distraction from the moral incoherence of the wars in Afghanistan and Iraq, the game has served as a loyal and satisfying proxy. It has become an acceptable way of experiencing our savage impulses, the cultural lodestar when it comes to consuming violence. What differentiates it from the glut of bloody films and video games we devour is our awareness that the violence in football, and the toll of that violence, is real.