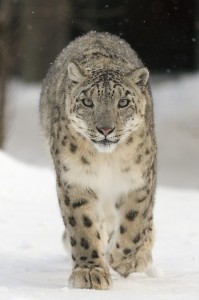 Advocates for Workers Raise the Ire of Business

As America’s labor unions have lost members and clout, new types of worker advocacy groups have sprouted nationwide, and they have started to get on businesses’ nerves — protesting low wages at Capital Grille restaurants, for instance, and demonstrating outside Austin City Hall in Texas against giving Apple tax breaks.

It is Chevron, not mortgage debt relief, that has defined much of Ms. McLaughlin’s tenure. The company, which has a large refinery in Richmond, is the city’s largest taxpayer and employer, and Ms. McLaughlin has led the fight — first as an activist, and then as mayor — to force Chevron to pay higher taxes and to pay more damages after a refinery explosion last year sent thousands of area residents to emergency rooms.

Once know for its economic mobility, the United States has become one of the world’s most rigidly stratified industrial democracies.

Ms. Ruiz-Bayón’s work is part of a growing art movement in the Rio Grande Valley exploring immigration politics and a rise in drug violence in the region over the past four years. Although the artists’ circumstances and their audiences vary, depending on where they live, they see themselves as part of a transnational community that is artificially divided.

The Vicious Circle of Income Inequality

But no longer. Inequality in the United States has been increasing sharply for more than four decades and shows no signs of retreat. In varying degrees, it’s been the same pattern in other countries. The economy has been changing, and new forces are causing inequality to feed on itself.

When No One Is Just a Face in the Crowd

Hey, big spenders.Facial recognition technology, already employed by some retail stores to spot and thwart shoplifters, may soon be used to identify and track the freest spenders in the aisles. The NEC Corporation, for instance, is working on “V.I.P. identification” software, based on face recognition, for hotels and other businesses “where there is a need to identify the presence of important visitors.”

The Gospel According to Paul

Paul backed up his wife, telling Gregory that there “is no excuse” for preying on a young intern and that it should affect history’s view of the ex-president. While he said it was “not Hillary’s fault,” he added that with the Clintons, “sometimes it’s hard to separate one from the other.”

Even more striking, the current recovery has been driven almost entirely by the upper crust, according to Mr. Fazzari and Mr. Cynamon. Since 2009, the year the recession ended, inflation-adjusted spending by this top echelon has risen 17 percent, compared with just 1 percent among the bottom 95 percent.

The abortion rate among American women declined to its lowest level in more than three decades in 2011, according to a new report released Monday that is widely considered the country’s most definitive examination of abortion trends.

By PETER ZAHLER and GEORGE SCHALLERFEB. 1, 2014

THE cold and rugged mountains of Pakistan, Afghanistan, Tajikistan and China seem an unlikely place to find a flourishing combination of new community institutions and international diplomacy. Few people live there. Those who do are mostly desperately impoverished livestock herders. They have been largely isolated from the rest of humanity on these enormous mountains where the Indian subcontinent once crashed into Asia, buckling the earth’s crust and raising peaks over 20,000 feet.

For Target, the Breach Numbers Grow

Fraud experts said the information stolen from Target’s systems quickly flooded the black market. On Dec. 11, shortly after hackers first breached Target, Easy Solutions, a company that tracks fraud, noticed a 10 to twentyfold increase in the number of high-value stolen cards on black market websites, from nearly every bank and credit union. 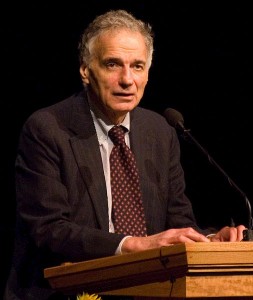 Nader, an Adversary of Capitalism, Now Fights as an Investor

By STEVEN M. DAVIDOFF
The next step is to organize the shareholders.” Ralph Nader, the consumer advocate, was on the phone, outlining to me his latest cause: plunging into capitalism’s muddy waters and fighting for shareholder rights.

Why Bankers Have Gotten a Pass

In recent years, it has become increasingly clear that no prominent banker would be prosecuted for fraud in the run-up to the financial crisis. In the current issue of The New York Review of Books, Judge Jed Rakoff of the Federal District Court in Manhattan asks why.