Home » Blog » Man on the Spot #33: Russian Olympics, the streets of New York and regulatory favoritism

Man on the Spot #33: Russian Olympics, the streets of New York and regulatory favoritism 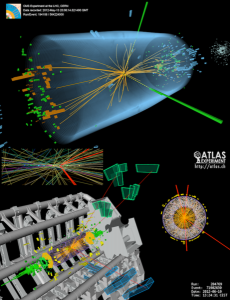 Russian Environmentalist, and Critic of Olympics, Gets 3-Year Prison Sentence

SOCHI, Russia — An environmentalist and leading critic of Russia’s preparations to host the Winter Olympics was sentenced Wednesday to serve three years in a penal colony, in a ruling that rights groups condemned as legally flawed and obvious retribution for his political activities.

Not all of the escaped prisoners returned to the fight. Ahmed al-Dulaymi, 31, who fled from Abu Ghraib, is working as a farmer in Diyala Province, another Qaeda stronghold, using fake identification. Like many Sunnis in Iraq, he explains the recent resurgence of Sunni extremism as a reaction to the policies of the Shiite-dominated government, including broad security sweeps that have landed many innocent Sunni men in prison.

The FBI never caught the culprits behind the 1971 break-in that exposed J. Edgar Hoover’s methods.

On the night of March 8, 1971, while the world was focused on the first Ali-Frazier fight at Madison Square Garden, eight ordinary Americans—five men and three women, including a suburban mom and dad, a cab driver, a graduate student, a social worker and a few antiwar peaceniks—pulled off one of the most daring heists of the 20th century. Their target was not a bank or a casino but a branch office of the Federal Bureau of Investigation in Media, Pa., southwest of Philadelphia. Instead of cash or weapons, the burglars made off with every document they found.

Charles Komanoff, a transportation economist, suggested that some pedestrian impulses could not, and perhaps should not, be tamed. “If people did not jaywalk, the efficiency of New York City as a place to live and work would plummet,” he said, adding that “crossing midblock, sentiently, can be a very smart strategy.”

ATTERWASCH, Germany — A grove of apple saplings grows on the lee side of Ulrich Schulz’s barn. He did not plant them for the fruit, he said, but as an act of rebellion against a nearby mining company that wants to raze his farm, which his family has owned since 1560, to get at the coal beneath his land. “A nod to Martin Luther,” said Mr. Schulz, 53, gesturing at the two rows of spindly trees. “He said that if he knew the world was coming to an end, he would plant an apple tree.”

In Egypt, a Chasm Grows Between Young and Old

“Gray hairs in the queues, black hairs in the graves,” is the epigram making the rounds among both liberal and Islamist activists, contrasting the referendum voters supporting the new government installed by Field Marshal Sisi with the protesters opposing it.

“It was a struggle against our parents,” said Mina Fayek, an activist and a blogger. “We used to joke it was easier to stand in front of tanks and bullets than to convince your parents to let you go to Tahrir Square to protest.”

Meanwhile, the rest of the country — having heard of the damaging North Carolina coal ash spill this month — must be wondering why the federal government has yet to move against a serious pollution problem it has known about for years. One answer is the political power of the utilities. In North Carolina, a coalition of environmental groups, led by the Southern Environmental Law Center, tried three times over the past year to sue Duke Energy in federal court for violating the Clean Water Act, only to be pre-empted by the state regulatory agency, which asserted its authority to protect the public through enforcement actions in state courts.

Now that the Congressional Budget Office has explicitly denied saying that Obamacare destroys jobs, some (though by no means all) Republicans have stopped lying about that issue and turned to a different argument. O.K., they concede, any reduction in working hours because of health reform will be a voluntary choice by the workers themselves — but it’s still a bad thing because, as Representative Paul Ryan puts it, they’ll lose “the dignity of work.”

So let’s talk about what that means in 21st-century America.

Though nominally committed to Mr. Assad’s overthrow, the United States, in doing so little to bring it about, is becoming complicit in his survival. Is there a realistic alternative?

The only remaining option is to use force to deny Mr. Assad air superiority. Planes, drones and cyber operations could prevent his forces from using barrel bombs, cluster munitions and phosphorus weapons on civilian targets.

Egypt Extends Its Crackdown to Journalists

When pressed about their handling of the news media, some Egyptian officials said it was not so different from the Obama administration’s crackdown on leakers in national security cases. And in Al Jazeera English’s case, they have repeatedly emphasized that the men were working without press credentials in Egypt, a point their employer has conceded. 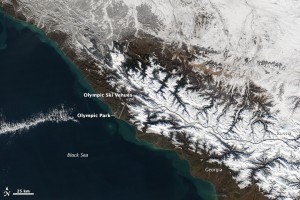 Maria Alyokhina of Pussy Riot on the Olympics’ Deceptive Face

This week in Sochi, Nadezhda Tolokonnikova, another member of Pussy Riot, and I were detained three times and then, on Wednesday, assaulted by Cossack militiamen with whips and pepper spray. Mr. Putin will teach you how to love the motherland.

Coming Soon: Heroes of the Higgs

A film follows scientists in a quest for the ‘God particle’. Also appearing is their mutual mentor, Savas Dimopoulos of Stanford, who is waiting to find out if the Higgs boson will destroy or strengthen the case for a theory he helped put forward 30 years ago. If worse comes to worst, he tells an older colleague, he still has time to start over. “Jumping from failure to failure with undying enthusiasm is the secret of success,” he says.