Man on the Spot #34: Fertilizer, crime, punishment and Obama 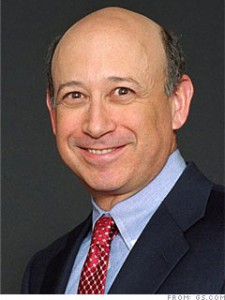 A sprawling literature exists describing the challenges of re-entering society after serving time in prison, an experience that is marked by depression and disorientation, and is hard enough for those who have been rightfully punished for their crimes. But what about those who are wrongly sent away as the victims of mistaken identity or prosecutorial error? The justly incarcerated are likely to have access to a battery of post-release services like health care, housing aid and social-work assistance, but those who should not have been locked up in the first place are rarely given treatment to address their special needs, and are often left to fend for themselves, finding the cure for their “disease” in one another’s company. 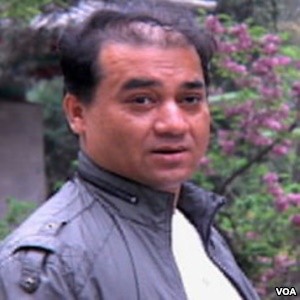 Triage for Treasures After a Bomb Blast
Sorting Through the Rubble of Museum of Islamic Art in Cairo
By SARAH GAUCH JAN. 31, 2014 New York Times
While Egypt has always had its share of antiquity theft, now it’s more frequent, more efficient and more outrageous. Thieves have struck Pharaonic, Greco-Roman and ancient Christian sites from Abu Rawash north of Cairo to Luxor in the south. And they’re selling these treasures faster than ever, sometimes within hours.

A Forensic Approach to a Sidewalk Nuisance
By JIM YARDLEY FEB. 22, 2014
NAPLES, Italy — Problems? Yes, conceded Tommaso Sodano, the vice mayor here, Naples has problems. Unpaid debts have reportedly topped $2 billion. Many streets are pocked with potholes. The police department is underfunded, organized crime operates like a shadow state, and illegal dumps are scattered around what is still a grittily beautiful port city. And then there is what dogs leave behind on the sidewalks.

The Opinion Pages | Op-Ed Columnist
Crime and Punishment and Obama
FEB. 23, 2014 Bill Keller
Where’s the community organizer when we need him?
By the crudest metric, the population of our prisons, the Obama administration has been unimpressive. The famously shocking numbers of Americans behind bars (the U.S., with 5 percent of the world’s people, incarcerates nearly a quarter of all prisoners on earth) have declined three years in a row. However the overall downsizing is largely thanks to California and a handful of other states. In overstuffed federal prisons, the population continues to grow, fed in no small part by Obama’s crackdown on immigration violators.

Fertilizer Limits Sought Near Lake Erie to Fight Spread of Algae
By MICHAEL WINES FEB. 26, 2014
A United States-Canadian agency called on Wednesday for swift and sweeping limits on the use of fertilizer around Lake Erie to reduce the amount of phosphorus entering the water and creating a vast blanket of algae each summer, threatening fisheries, tourism and even drinking water.

Prize Catch for Ukrainians at Boat Harbor: A Soggy Trove of Government Secrets
By ANDREW E. KRAMER FEB. 26, 2014
The papers, some charred from a hurried attempt to destroy them, depict back-room efforts to control the domestic news media and behind-the-scenes efforts of the government to find support both in Washington and Moscow. They seem to show that Mr. Yanukovych financed his opulent lifestyle by dipping into the profits of a coal trading enterprise.

China Charges Scholar With Inciting Separatism
By ANDREW JACOBS FEB. 26, 2014
BEIJING — Security officials in China’s far western borderlands have formally arrested a scholar and champion of the country’s ethnic Uighurs on charges of inciting separatism, his lawyer said Wednesday.
The authorities also confirmed that the scholar, Ilham Tohti, was being held in Urumqi, the capital of the Xinjiang region, which is about 2,000 miles from Mr. Tohti’s home in Beijing.

Mental Illness Risk Higher for Children of Older Fathers, Study Finds
By BENEDICT CAREYFEB. 26, 2014
Compared with the children of young fathers, aged 20 to 24, those born to men age 45 and older had about twice the risk of developing psychosis, the signature symptom of schizophrenia; more than three times the likelihood of receiving a diagnosis of autism; and about 13 times the chance of having a diagnosis of attention deficit disorder. Children born to older fathers also tended to struggle more with academics and substance abuse.

New York Is Removing Over 400 Children From 2 Homeless Shelters
By ANDREA ELLIOTT and REBECCA R. RUIZFEB. 21, 2014
In the face of New York’s mounting homeless crisis, Mayor Bill de Blasio will announce on Friday that his administration is removing hundreds of children from two city-owned homeless shelters that inspectors have repeatedly cited for deplorable conditions over the last decade, officials said.

Will Parrish: Mendo’s Secret Water Meeting
Anderson Valley Advertiser, Boonville
This past Monday, elected officials and public services staff people from throughout inland Mendocino County met with at least five of the State of California’s highest ranking regulatory officials who deal with water issues. It was heralded as a “listening session” regarding a topic foremost on everyone’s minds in Mendo-land: the drought.

Off The Record (Feb 26, 2014)
by AVA News Service, February 26, 2014
FRISCO HIGH RISES. (An on-line reader writes re The Big One): “I was a field engineer in SF during the construction of 101 California St. and many lesser skyscrapers (always loved that word) constructed ca. 1976 to 1986. 101 Calif’s foundation was about 1500 200 foot concrete piles sunk in bay mud and topped with 6 foot of concrete. No bedrock. Think toothpicks in jello. The building was designed to settle 2” into the mud when completed. It settled 1 7/8.” The ground level steel columns are 2 foot thick tapering in size as the reach the 48th floor. Column welds, independently inspected, every 2 floors. Every floor was designed to be an earthquake resistant steel and concrete diaphragm. Although I have some doubts about the piles in mud the rest of the structure was impressive to a young engineer. Then there’s the marble fascia. Huge sheets of beautiful Italian marble 2 inches thick in 4′ x 8′ slabs. Heavy. Thousands of them. Each held on by a pair of little 1” thick steel clips that were epoxied and screwed on on site. Glue and little screws. I can really imagine these connectors failing in a quake and plummeting to the street in a hail of one ton stone missiles. Never mind the floor to ceiling glass windows. Have a nice day.”

California drought a ‘train wreck’ for Central Valley farms
David Perlman San Francisco Chronicle
Published 4:47 pm, Saturday, February 8, 2014
California’s great Central Valley aquifer and the rivers that feed it, already losing water in the changing climate, are now being drained because of the drought, leaving water levels at their lowest in nearly a decade.

Airline fees reach $400 and more, survey finds
USA Today February 3, 2014
Airline fees for everything ranging from booking a trip by phone to checking a bag are on the rise, and four carriers are levying fees of $400 or more, a USA Today survey of a dozen U.S. airlines shows.

Big banks enable drug cartels, but bitcoin use seen as criminal
Drake Bennett SF Chronicle
Published 3:17 pm, Friday, February 7, 2014
The arrests underlined growing concerns among law enforcement that bitcoin, a purely anonymous means of exchange, had become the preferred currency of the criminal underworld, and that payments companies like Shrem’s had become the enablers of drug trafficking and other nefarious enterprises. But you know what else has a history of enabling nefarious criminal enterprises? Banks.

Blankfein Joins Peers With Bump In His Pay
Updated Jan. 31, 2014 12:01 a.m. ET Wall Street Journal Justin Baer
While Wall Street employees have seen a mixed year for bonuses, the firms’ top executives are faring better.
Goldman Sachs Group Inc. GS -0.43% awarded its chief executive, Lloyd Blankfein, compensation of about $23 million in salary and bonus for 2013, a rise of about 9.5% from 2012 and his highest payday since the financial crisis. Mr. Blankfein was awarded a bonus comprising restricted stock worth $14.7 million, the firm