Home » Blog » Man on the Spot #37: Botox blues, income gaps, and the violence on Rikers Island

Man on the Spot #37: Botox blues, income gaps, and the violence on Rikers Island

The report, called “Audit of the Department of Justice’s Efforts to Address Mortgage Fraud,” covers the period from 2009 to 2011. It vindicates anyone who ever questioned the government’s claim that the reason there weren’t more mortgage-related fraud cases is because the cases just weren’t there to be made. 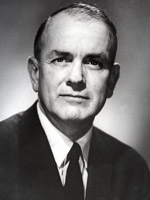 The end came in January 1971, after Mr. Thrower requested a meeting with the president, hoping to warn him personally about the pressure White House staff members had been placing on the I.R.S. to audit the tax returns of certain individuals. Beginning with antiwar leaders and civil rights figures, the list had grown to include journalists and members of Congress, among them every Democratic senator up for re-election in 1970, Mr. Thrower told investigators years later.

Americans for Prosperity turned the Florida contest into its personal electoral laboratory to fine-tune get-out-the-vote tools and messaging for future elections as it pursues its overarching goal of convincing Americans that big government is bad government.

Rikers Island Struggles With a Surge in Violence and Mental Illness

The addition of video surveillance in many sections of the jail has made officers and inmates think twice about resorting to force, officials said. In January, the Correction Department announced that it would no longer punish mentally ill inmates with solitary confinement, which had expanded under the administration of Mayor Michael R. Bloomberg. Instead, the department plans to send such inmates to therapeutic units that have been set up over the last few years and are staffed by mental health professionals. But while the most seriously mentally ill inmates now receive some therapy, isolation remains a widespread punitive tool, oversight officials said.

Now, Mr. Raemisch said, he favors anything that helps to rehabilitate inmates and decrease the chances that they will commit further crimes when they get out. “If it works, we better be doing it,” he said. “We’re already doing things that don’t work.”

Fundamentally at stake, the critics say, is the social contract that cultivates science for the common good. They worry that the philanthropic billions tend to enrich elite universities at the expense of poor ones, while undermining political support for federally sponsored research and its efforts to foster a greater diversity of opportunity — geographic, economic, racial — among the nation’s scientific investigators.

The Challenge: How to Keep Fusion Going Long Enough

LIVERMORE, Calif. — Fusion, the process that powers the sun, is the forever dream of energy scientists — safe, nonpolluting and almost boundless. Even here at Lawrence Livermore National Laboratory, where the primary focus of fusion work involves nuclear weapons, many scientists talk poetically about how it could end the world’s addiction to fossil fuels. Actually, Dr. Hurricane, 45, is more Clark Kent than superhero. Instead of saving the world, his ambition is to explore the scientific puzzle in front of him.

Beneath Cities, a Decaying Tangle of Gas Pipes

Consolidated Edison, whose pipes supplied the two buildings leveled by the explosion, had the highest rate of leaks in the country among natural gas operators whose networks totaled at least 100 miles, according to a New York Times analysis of records collected by the federal Department of Transportation for 2012, the most recent year data was available.

WASHINGTON — The National Restaurant Association did not disclose upfront its role in helping draft and circulate a statement signed by more than 500 prominent economists, including four winners of the Nobel Prize, urging the federal government to reject the proposal by the Obama administration to increase the minimum wage to $10.10 an hour, interviews with signers of the letter showed. 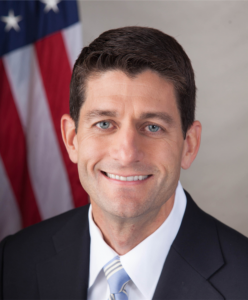 IN advance of St. Patrick’s Day, I went time traveling, back to the 1840s and Ireland’s great famine. A great debate raged in London: Would it be wrong to feed the starving Irish with free food, thereby setting up a “culture of dependency”? Certainly England’s man in charge of easing the famine, Sir Charles Trevelyan, thought so. “Dependence on charity,” he declared, “is not to be made an agreeable mode of life.”

The Rise of Anti-Capitalism

As for the capitalist system, it is likely to remain with us far into the future, albeit in a more streamlined role, primarily as an aggregator of network services and solutions, allowing it to thrive as a powerful niche player in the coming era. We are, however, entering a world partly beyond markets, where we are learning how to live together in an increasingly interdependent, collaborative, global commons.

Unskilled and Destitute Are Hiring Targets for Fukushima Cleanup

NARAHA, Japan — “Out of work? Nowhere to live? Nowhere to go? Nothing to eat?” the online ad reads. “Come to Fukushima.” The plant’s operator, the Tokyo Electric Power Company, known as Tepco, has been shifting its attention away, leaving the complex cleanup to an often badly managed, poorly trained, demoralized and sometimes unskilled work force that has made some dangerous missteps. At the same time, the company is pouring its resources into another plant, Kashiwazaki-Kariwa, that it hopes to restart this year as part of the government’s push to return to nuclear energy three years after the world’s second-worst nuclear disaster. It is a move that some members of the country’s nuclear regulatory board have criticized.

Many Americans, he said, are wary of involvement in the Middle East after the ill-fated Iraq intervention, perceive the Arab uprisings as largely failed, and are “afraid of the Islamic world and even contemptuous of it.”

Two wars are being fought in Pakistan: a military one against the violence of religious extremists, and a psychological and emotional one to resist a more insidious change in society itself — the growth of intolerance, a drift toward the right and a decline in room for cultural, religious, ethnic or social diversity. This shrinkage of public space, or Talibanization, as the social scientist Ayesha Siddiqa puts it, is not violence itself, but creates support for “ideas which eventually feed violence.”

Crimea Through a Game-Theory Lens

NUCLEAR DETERRENCE From the standpoint of game theory as developed by Thomas C. Schelling, a 2005 Nobel laureate in economic science, the conflict can be seen as a case study in nuclear deterrence. That’s because, after the Soviet Union split into many pieces in the 1990s, a newly independent Ukraine gave up its portion of the old Soviet nuclear arsenal. In part, it did so in exchange for a memorandum supporting its territorial integrity, signed by both Russia and the United States.

A new food-stamp fight is brewing in Congress, as more states move to prevent cuts signed into law a little more than a month ago. Federal law uses heating assistance to help calculate food-stamp benefits, since utility costs can lower a family’s food budget. House Republicans say some states are trying to game the system by raising heating aid to boost food-stamp payouts.

Is paralyzing the muscles involved in frowning truly enough to make depressed patients feel better? The notion that your expression can exert a powerful influence on your mood turns our sense of psychological causality on its head. After all, we smile because we feel happy, and cry because we feel sad, not the other way around, right?