Man on the Spot: Where Sam highlights his news picks of the week.

FOR NOW, though, the bottom line is the bottom line of the wineries. We sacrifice our sleep for their vines. “As a logger friend put it, ‘We’re heavily regulated every which way.  If we did any of the stuff these wineries do we’d be in jail.’” 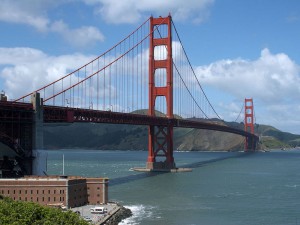 Dr. Blaustein said, “The most common myth to explode is that people will go elsewhere.” In a 1978 study, “Where Are They Now?” Richard H. Seiden, a former professor at the University of California, Berkeley, School of Public Health, looked at the question of whether someone prevented from committing suicide in one place would go somewhere else. He studied people who attempted suicide off the Golden Gate Bridge from 1937 to 1971 and found that more than 90 percent were still alive in 1978 or had died of natural causes.

Discovery of Planetoid Hints at Bigger Cousin in Shadows

Others suggest that a rogue planet, ejected from the inner solar system, dragged the Sednoids along as it flew through the Kuiper belt. Dr. Trujillo and Dr. Sheppard point out that the orbits of Sedna and 2012 VP113 have similarities to those of several other Kuiper belt bodies, which could be a sign of an unseen planet’s gravitational influence.

As the United States seeks to strengthen sanctions on Moscow for its occupation of Crimea, energy experts say the powerful Russian oil industry would make a robust target. But any penalties on energy investments, technology transfers and financial transactions would most likely also punish Western oil companies like Exxon Mobil that are investing heavily in Russia. Sanctions on investments, technology deliveries and financial transactions have been central to United States policy toward Iran and North Korea in recent years, but energy and foreign policy experts say the intimate links between American and Russian energy companies would make sanctions on Russian energy companies awkward if not painful for the West, and the sanctions would probably be resisted by Western oil companies.

As my colleagues at The New York Times reported this week, G.M. engineers concluded in May 2009 that there clearly was a serious problem. In the meantime, they told customers and accident victims that there was no evidence of a flaw. They threatened to seek damages from the family of one accident victim, if that family had the temerity to sue.

Did Regulator Drop the Ball in GM Recall?

As Congress gears up investigations and hearings in response to GM’s recall of 1.6 million vehicles, the central questions are did regulators at the National Highway Traffic Safety Administration fail to aggressively pursue clues that could have identified defective ignition switches? Did GM fail to provide all it knew? Or did both occur?

Disabled Borrowers Trade Loan Debt for a Tax Bill From the

That was in 2009, in the depths of the recession, and finding a new job was difficult. Two years later, after struggling to pay medical bills not covered by insurance and other debts, Frank filed for bankruptcy. But that did not erase the giant pile of federal Parent Plus loans that he had taken out to help put his three children through college. Since he could no longer work, Sallie Mae, the loan servicer, ultimately suggested applying for a disability discharge, which would cancel the debts.

Foreign workers in Beijing are also becoming much less willing to tolerate the toxic air. That was reflected in an annual survey released on March 19 by the American Chamber of Commerce in China. Almost half of the 365 companies in the survey, most of them in the Beijing area, said they had problems recruiting or retaining senior executives because of the poor air. That figure was only 19 percent in the chamber’s 2008 survey.

As a result, some companies are now offering bonuses or higher salaries to fill openings in China, which foreign workers are calling pollution pay — and a few are even announcing the policy publicly, as Panasonic, the electronics maker, did in mid-March.

Is Canada Tarring Itself? – NYTimes.com

START with the term “tar sands.” In Canada only fervent opponents of oil development in northern Alberta dare to use those words; the preferred phrase is the more reassuring “oil sands.” Never mind that the “oil” in the world’s third largest petroleum reserve is in fact bitumen, a substance with the consistency of peanut butter, so viscous that another fossil fuel must be used to dilute it enough to make it flow. Never mind, too, that the process that turns bitumen into consumable oil is very dirty, even by the oil industry’s standards. But say “tar sands” in Canada, and you’ll risk being labeled unpatriotic, radical, subversive.

U.S. Investigates Brothers From Ecuador With Ties to …

MIAMI — Two fugitive brothers from Ecuador, whose relatives have contributed hundreds of thousands of dollars to American political campaigns, are being investigated by the Department of Homeland Security to determine whether any of the millions the men were accused of pilfering in their home country made it to the United States, according to a federal law enforcement official familiar with the case.

Panel’s Warning on Climate Risk: Worst Is Yet to Come … 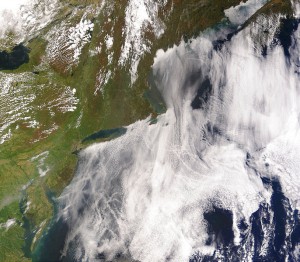 The poorest people in the world, who have had virtually nothing to do with causing global warming, will be high on the list of victims as climatic disruptions intensify, the report said. It cited a World Bank estimate that poor countries need as much as $100 billion a year to try to offset the effects of climate change; they are now getting, at best, a few billion dollars a year in such aid from rich countries. The $100 billion figure, though included in the 2,500-page main report, was removed from a 48-page executive summary to be read by the world’s top political leaders.