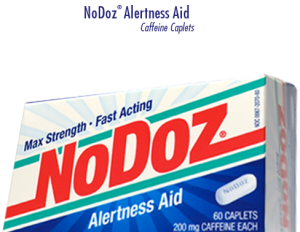 Truckers Resist Rules on Sleep, Despite Risks of Drowsy Driving …

But now sleep-deprived driving — an open secret among truckers — has once again come to the fore, after the June 7 accident involving the comedian Tracy Morgan on a dark stretch of the New Jersey Turnpike 45 miles south of New York City. Prosecutors say the Walmart truck driver whose tractor-trailer slammed into a van carrying Mr. Morgan, critically injuring him and killing another passenger, had not slept in more than 24 hours.

CLEVELAND — As cries of “shots fired” shrieked from police radios, a caravan that grew to 62 patrol cars chased an old blue Malibu through 20 miles of this city’s streets and highways. The vehicle and its two occupants were surrounded in a school lot, and in a disorienting jumble of sirens and strobes, officers fired 137 rounds at close range.

Help Thy Neighbor and Go Straight to Prison

IF you want to understand all that is wrong with America’s criminal justice system, take a look at the nightmare experienced by Edward Young. Young, now 43, was convicted of several burglaries as a young man but then resolved that he would turn his life around. Released from prison in 1996, Neva Mumpower, asked Young to help sell her husband’s belongings. He later found, mixed in among them, seven shotgun shells, and he put them aside so that his children wouldn’t find them.

“You pass the test, you get the highest score, you get into the school — no matter what your ethnicity, no matter what your economic background is,” Mayor Michael R. Bloomberg said in 2012. But this year, only 5 percent of seats at those eight schools were offered to black students and 7 percent to Latinos, in a city where the public schools are 70 percent black and Latino. At Stuyvesant High School, just 3 percent of offered seats this year went to black and Latino students.

Is this 2014 or 2003? I’m flinching at a painful sense of déjà vu as we hear calls for military intervention in Iraq, as President Obama himself — taunted by critics who contend he’s weak — is said to be considering drone strikes there.

PRESIDENT OBAMA and former Secretary of State Hillary Rodham Clinton recently stepped up the fight against poachers, who kill tens of thousands of animals worldwide every year, selling their body parts for enormous profits. As well as bringing much needed political focus to the issue, their efforts include more resources to train and equip anti-poaching forces. 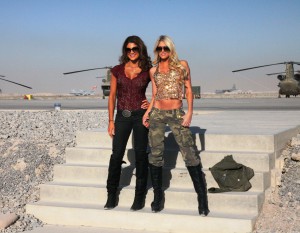 How to Read Afghanistan

ON a sunny, crisp November day in 2008, three American civilians joined a platoon of United States soldiers on a foot patrol in Maiwand District, a flat, yellow patch of earth crowned by black-rock mountains in southern Afghanistan. The civilians were part of the Human Terrain System, an ambitious, troubled Army program that sends social scientists into conflict zones to help soldiers understand local culture, politics and economics.

The Other Veterans Scandal

Here’s how. Veterans’ health and disability benefits are some of the largest costs involved in any military conflict, but they are delayed costs, typically reaching their peak 40 or 50 years after the conflict ends. Congress funds these commitments — through the Department of Veterans Affairs — only once they come due.

First, health reform is now a reality — and despite a shambolic start, it’s looking like a big success story. Remember how nobody was going to sign up? First-year enrollments came in above projections. Remember how people who signed up weren’t actually going to pay their premiums? The vast majority have. 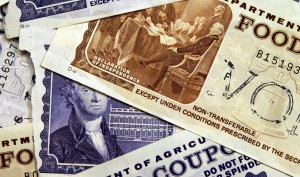 House Plan on Food Stamps Would Cut 5 Million From Program …

WASHINGTON — The House of Representatives on Wednesday passed a bill authorizing nearly $1 trillion in spending on farm subsidies and nutrition programs, setting the stage for final passage of a new five-year farm bill that has been stalled for more than two years.

Of Love and Fungus

WOODY and Mia had opposite sides of Central Park. Tom and I have opposite sides of the East River. We’re hoping for a better outcome. For the four and a half years that we’ve been together, we’ve been apart, me in Manhattan, Tom in Brooklyn, at least most of the workweek, and during chunks of the weekend, too. We tell our friends that it’s a borough standoff, a game of Big Apple chicken, but that’s just a line and a lie, a deflection of the questions you field when you challenge the mythology of romance.