Home » Blog » Cops just shot my cousin dead: Here’s why talking about it is quietly destructive

Cops just shot my cousin dead: Here’s why talking about it is quietly destructive 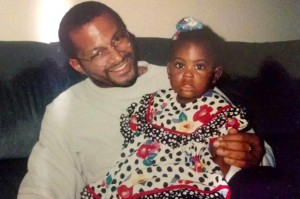 I don’t want to discuss Charles, the shooting or his assailant — but not for the reason you might expect

On July 9, my cousin, an unarmed black man, was shot and killed by an off-duty police officer. But I don’t want to tell you about him or the incident that ended his life. I’m afraid that if I did, you would focus on his individual story when you should really focus on an institutional crisis.

I don’t want to tell you that my cousin’s name was Charles Goodridge, that he was 53, or anything else to humanize him because then you might think that other victims are less human than he was. They aren’t.

I don’t want to tell you that he was a college graduate, that he worked in information technology for decades, or anything else to convince you that he was a “productive” member of society. If I did, you might think that other unarmed, nonthreatening black people who die like he did deserve their fate. They don’t.

I don’t want to tell you about the pain that his daughter, his brother or his mother are feeling because that might make you think that my family’s pain is uncommon. It’s not.

According to the Malcolm X Grassroots Movement, 313 black people were killed by “police and a small number of security guards and self-appointed vigilantes” in 2012. One every 28 hours. Black families experience this pain every day.