Man on the Spot #48: Books in prison, Hurricane Sandy, seas of oil 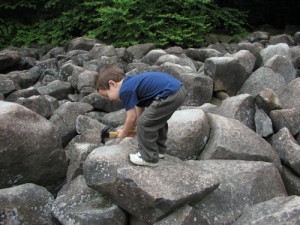 Older Than the Rolling Stones – NYTimes.com

An explanation for why some slabs were hauled nearly 200 miles from Wales!

And ringing rocks are found far beyond Wales, in Sweden, China, Australia, the United States and elsewhere. These days, the surprisingly high-pitched chimes of Ringing Rock State Park in Bucks County, Pa., can be heard all over via YouTube.

Among ancient cultures, ringing rocks were sometimes thought to be imbued with mystical or healing powers. The Chinese believed the stones that they called bayinshi (“resonant rocks”) contained the life force known as chi. Neolithic art has been found on ringing rocks in India, and some Native American rituals are known to have involved such rocks.

G.M. has encountered public resistance about privacy issues surrounding OnStar and how individual data is used. The company has said the detailed diagnostic data it harvests every month from subscribers and stores on its servers does not identify individual drivers. But aspects remain unclear. “We’re all a little in the dark,” said James S. Rogers, a lawyer based in Seattle who is representing clients in cases related to the G.M. ignition switch recalls. He said that consumers should be told specifically if G.M. uses their data to root out safety problems, and if so, how.

In the three weeks since Anton Valukas, the former federal prosecutor, issued his blistering report about the company’s decade-long failure to properly handle the Chevy Cobalt ignition switch problems, that has become the burning question surrounding the company. The idea that a “new, improved” General Motors emerged from the company’s 2009 brush with bankruptcy has been exposed as bogus. In his report, Valukas talks about the “G.M. nod” (that’s when managers nod in agreement about a course of action, but then do nothing) and the “G.M. salute” (arms folded and pointed outward to others, as if to say that the problem is someone else’s responsibility.) Bureaucratic malaise still rules. Silos still reign. So does a certain unjustified arrogance.

After the Storm, 20 Months in Limbo

Homeowners Battered by Hurricane Sandy Are Still Waiting for Help

As the second summer since Hurricane Sandy begins, the storm seems like the distant past to many New Yorkers, its most public damage largely erased. But 20 months later, in pockets of the city, there are communities, including several in Brooklyn, where homes still have tarps on their roofs, plywood over their windows and gaping floorboards inside.

After the storm, Mayor Michael R. Bloomberg promised to come to desperate homeowners’ aid, eventually creating the program called Build It Back, for which $1 billion in federal funds was allocated. More than 20,000 people applied for the program. But it built no houses while Mr. Bloomberg was in office.

“We’ve started calling these ‘legacy projects,’ because it’s a legacy you’ll leave for your successor,” said Mr. Greenfield, whose district includes Bensonhurst, Borough Park and Midwood. “In the outer boroughs, we have council members who refuse to fund parks because they know that the likelihood that the project will be completed while they are in office is not very high.”

About $1 billion in planned Port Authority spending was diverted to the Pulaski Skyway project, championed by the administration of Gov. Chris Christie of New Jersey. The bridge, connecting Newark and Jersey City, is operated by the state, not the Port Authority.

2nd Bridge Inquiry Said to Be Linked to Christie – NYTimes.com

Investigations into the Christie administration and the Port Authority of New York and New Jersey have zeroed in on possible securities law violations stemming from a $1.8 billion road repair agreement in 2011, according to people briefed on the matter. 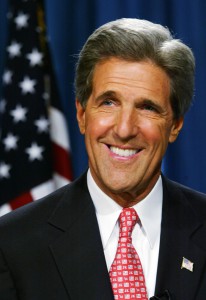 After a 90-minute meeting with Mr. Sisi, Mr. Kerry said at a news conference here that he had come to reaffirm Washington’s “historic partnership” with Egypt. “We want to see the people of Egypt succeed,” he said, and so he and Mr. Sisi had discussed, “most importantly, our mutual determination for our countries to work together in partnership.”

Deadlock in Congress Appears to Worsen as Midterms Loom …

WASHINGTON — With immigration legislation dead for the year, Congress has a very short must-do list as relations between the two parties, already miserable, seem to be getting worse in the buildup to the midterm elections.

ANTIAGO, Chile — The United States military intelligence services played a pivotal role in setting up the murders of two American citizens in 1973, providing the Chilean military with the information that led to their deaths, a court here has ruled.

The recent court decision found that an American naval officer, Ray E. Davis, alerted Chilean officials to the activities of two Americans, Charles Horman, 31, a filmmaker, and Frank Teruggi, 24, a student and an antiwar activist, which led to their arrests and executions.

Why Is the World Silent?

“I was forced into silence. But why does the world stay silent, too?” When Human Rights Watch released a statement in December that detailed our forcible disappearance, we felt alive again. But as a consequence, two of my senior colleagues — the president’s assistant and one of his advisers — found themselves accused, along with the president, without due process.

I was sent to a maximum-security prison with them under absurd accusations. This very article could result in retaliatory charges against me.

Before Shooting in Iraq, a Warning on Blackwater – NYTimes.com

WASHINGTON — Just weeks before Blackwater guards fatally shot 17 civilians at Baghdad’s Nisour Square in 2007, the State Department began investigating the security contractor’s operations in Iraq. But the inquiry was abandoned after Blackwater’s top manager there issued a threat: “that he could kill” the government’s chief investigator and “no one could or would do anything about it as we were in Iraq,” according to department reports. Today, as conflict rages again in Iraq, four Blackwater guards involved in the Nisour Square shooting are on trial in Washington on charges stemming from the episode, the government’s second attempt to prosecute the case in an American court after previous charges against five guards were dismissed in 2009.

When the Environmental Protection Agency published in June its new rules to combat carbon emissions from power plants, the American political class lit up in debates over what this meant for the country’s carbon emissions, its coal industry and its economic growth.

Inequality Is Not Inevitable – NYTimes.com

Our current brand of capitalism is an ersatz capitalism. For proof of this go back to our response to the Great Recession, where we socialized losses, even as we privatized gains. Perfect competition should drive profits to zero, at least theoretically, but we have monopolies and oligopolies making persistently high profits. C.E.O.s enjoy incomes that are on average 295 times that of the typical worker, a much higher ratio than in the past, without any evidence of a proportionate increase in productivity.

For an ordinary search warrant, the judge has a large and well-developed body of precedent. When a warrant has been issued and executed, the subject knows immediately. If indicted, he can challenge the warrant. He can also move to have property returned or sue for damages. These protections are not afforded to FISA surveillance targets. Even where a target is indicted, laws like the Classified Information Procedures Act almost always preclude the target from learning about the order or challenging the evidence. This situation puts basic constitutional protections at risk and creates doubts about the legitimacy of the court’s work and the independence and integrity of its judges. To avert these dangers, Congress should amend FISA to give the court’s judges the discretion to appoint lawyers to serve not just the interests of the target and the public — but those of the court as well.

James G. Carr, a senior federal judge for the Northern District of Ohio, served on the Foreign Intelligence Surveillance Court from 2002 to 2008.

Boom Meets Bust in Texas: Atop Sea of Oil, Poverty Digs In …

GARDENDALE, Tex. — From the window of her tin-roofed trailer, Judy Vargas can glimpse a miraculous world. It is as close as the dust kicked up by the trucks barreling by but seems as distant as Mars.

As you walk out of her front yard — where the chewed-off leg of an animal, probably a feral hog caught by a prowling bobcat, rots outside — a towering natural gas flare peeks over the southerly view. Across the railroad tracks and Interstate 35, a newly reopened railroad interchange stores acres of pipe and receives shipments of sand from Wisconsin to be used in hydraulic fracturing, or fracking. Next to the terminal is an expanding natural gas processing plant that lies in the heart of the Eagle Ford, a giant shale oil field that here in La Salle County alone produces more than $15 million worth of oil a day, or about one out of every 55 barrels produced in the United States.

LONDON — Jailed for making false expense claims, Denis MacShane, a former British lawmaker, suffered another blow when he arrived last December at Belmarsh prison, a grim penitentiary in southeast London, and staff members confiscated the bag of books he had brought. “You can’t take in that,” the prison officer said, Mr. MacShane recalled. When Mr. MacShane questioned the decision, the officer replied, “Don’t ask me; ask Chris Grayling.”

Rangel and Espaillat Make Final Push on Eve of Primary … 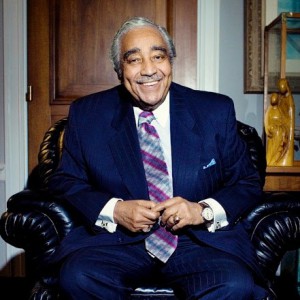 On the eve of the Democratic congressional primary, Representative Charles B. Rangel and State Senator Adriano D. Espaillat, who is trying to unseat him, held dueling news conferences on Monday a block apart in Washington Heights — a proximity that helped set off a shouting match between their supporters. Polls will be open Tuesday from 6 a.m. to 9 p.m. in the primary for the 13th Congressional District, which encompasses parts of Upper Manhattan and the Bronx.

Representative Charles B. Rangel, who said he wanted to be able to decide on his own when to retire from a career in Congress that began in 1971, held off a determined challenge by State Senator Adriano D. Espaillat to win the Democratic primary for a 23rd term. Mr. Rangel, 84, of Harlem, issued an exuberant statement, thanking voters of Upper Manhattan and the Bronx for “giving this veteran his one last fight.”