Home » Blog » Man on the Spot #51: Choking the oceans with plastic, and other snubs

Man on the Spot #51: Choking the oceans with plastic, and other snubs 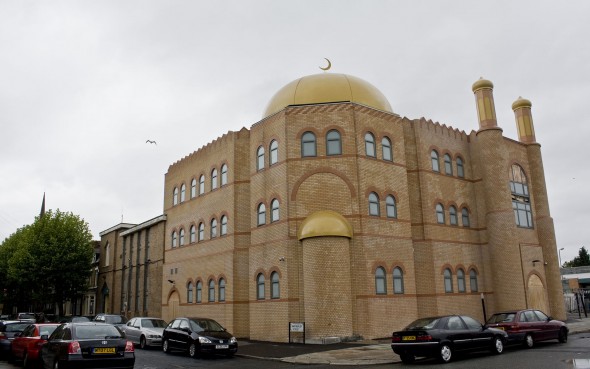 LOS ANGELES — The world is awash in plastic. It’s in our cars and our carpets, we wrap it around the food we eat and virtually every other product we consume; it has become a key lubricant of globalization — but it’s choking our future in ways that most of us are barely aware. I have just returned with a team of scientists from six weeks at sea conducting research in the Great Pacific Garbage Patch — one of five major garbage patches drifting in the oceans north and south of the Equator at the latitude of our great terrestrial deserts.

More and more I’m convinced that America right now isn’t a country dealing with a mere dip in its mood and might. It’s a country surrendering to a new identity and era, in which optimism is quaint and the frontier anything but endless. There’s a feeling of helplessness that makes the political horizon, including the coming midterm elections, especially unpredictable. Conventional wisdom has seldom been so useless, because pessimism in this country isn’t usually this durable or profound. Americans are apprehensive about where they are and even more so about where they’re going. But they don’t see anything or anyone to lead them into the light. They’re sour on the president, on the Democratic Party and on Republicans most of all. They’re hungry for hope but don’t spot it on the menu. Where that tension leaves us is anybody’s guess.

More than 500, and perhaps as many as 800, British Muslims have headed for Syria and Iraq to enlist in the jihadi ranks. In France, that number stands at about 900. Two adolescent girls, 15 and 17, were detained last week in Paris and face charges of conspiring with a terrorist organization. The ideological appeal of the likes of the Islamic State in Iraq and Syria is intact. It may be increasing, despite efforts to build an interfaith dialogue, reach out to moderate Islam, and pre-empt radicalization. 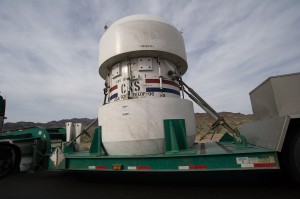 As the country struggles to find a place to bury spent nuclear fuel, theNuclear Regulatory Commission has decided that nuclear waste from power plants can be stored above ground in containers that can be maintained and guarded indefinitely. The decision, in a unanimous vote of the commission on Tuesday, means that new nuclear plants can be built and old ones can expand their operations despite the lack of a long-term plan for disposing of the waste.

WASHINGTON — After President Obama delivered a speech in January endorsing changes to surveillance policies, including an end to the National Security Agency’s bulk collection of Americans’ domestic calling records, John Napier Tye was disillusioned. A State Department official, Mr. Tye worked on Internet freedom issues and had top-secret clearance. He knew the Obama administration had also considered a proposal to impose what aninternal White House document, obtained by The New York Times, portrayed as “significant changes” to rules for handling Americans’ data the N.S.A. collects from fiber-optic networks abroad. But Mr. Obama said nothing about that in his speech.

A series of federal surveys of selective colleges found virtually no change from the 1990s to 2012 in enrollment of students who are less well off — less than 15 percent by some measures — even though there was a huge increase over that time in the number of such students going to college. Similar studies looking at a narrower range of top wealthy universities back those findings. With race-based affirmative action losing both judicial and public support, many have urged selective colleges to shift more focus to economic diversity. Colleges generally spend 4 percent to 5 percent of their endowments per year on financial aid, prompting some administrators to cite this rough math: Sustaining one poor student who needs $45,000 a year in aid requires $1 million in endowment devoted to that purpose; 100 of them require $100 million. Only the wealthiest schools can do that, and build new laboratories, renovate dining halls, provide small classes and bid for top professors.

In a wheelchair, the 86-year-old man was getting ready for a parole board hearing to see if he might leave New York’s prison system after 33 years behind bars. It was essential that he express remorse for his crime. “He asked me to read the sentencing minutes,” said Elizabeth Gaynes, the director of the Osborne Association, an inmate advocacy organization. “He wasn’t sure he could remember his crime well enough, and was worried that he would sound like he wasn’t taking responsibility for it.”

The portrait that emerged from the report on Rikers Island by the United States attorney’s office in Manhattan last week was of a place with almost medieval levels of violence, meted out with startling ferocity by guards and their superiors. The two-and-a-half-year investigation, which focused on the abuse of teenage inmates by correction staff, was exhaustive in cataloging the brutality. But a critical question that went unaddressed is how conditions were allowed to get to this point. Rikers has been a place of violent excess for decades. And the growing ranks of inmates with mental illnesses, reaching nearly 40 percent of the jail population today, have added to the challenges for correction officials.

A well-known wine dealer was sentenced on Thursday to 10 years in prison for defrauding wealthy clientsout of millions of dollars by selling bottles of purportedly rare wines that were actually old bottles of wine mixed together. Said he just did it to fit in. His clients included the billionaire William I. Koch; David Doyle, the founder of Quest Software; Andrew W. Hobson, the chief financial officer of Univision; and others who spent millions on wine over the last several years. Other factors that influenced Judge Berman’s decision, he said, were the testimonies of three proprietors of French vineyards, who said that the market no longer had faith in their vintage wines. Mr. Kurniawan’s actions, the judge said, negatively affected trade relations between the United States and France.

Indeed, a 2011 study by scholars at Harvard and Tufts found that whites, on average, believed that anti-white racism was a bigger problem than anti-black racism. Yes, you read that right! So let me push back at what I see as smug white delusion. Here are a few reasons race relations deserve more attention, not less:

• The net worth of the average black household in the United States is $6,314, compared with $110,500 for the average white household, according to 2011 census data. The gap has worsened in the last decade, and the United States now has a greater wealth gap by race than South Africa did during apartheid. (Whites in America on average own almost 18 times as much as blacks; in South Africa in 1970, the ratio was about 15 times.)

• The black-white income gap is roughly 40 percent greater today than it was in 1967.

• A black boy born today in the United States has a life expectancy five years shorter than that of a white boy.

Long Days in the Fields, Without Earning Overtime By JOSEPH BERGERAUG. 7, 2014

RED HOOK, N.Y. — In the early stage of the harvest season, Antonio, a farmworker in his 50s, picked peas from daybreak until sundown, 14 hours a day, six days a week, with an hour off each day for lunch. His workweek at a fruit and vegetable farm in Dutchess County will be even tougher in October when the apples are ready for harvest — many of which will be sold in New York City’s popular greenmarkets: He will no longer have Sundays off. For all that toil, he is paid $8 an hour, the minimum wage. The long hours are expected; there is no overtime pay. While most American wage earners accustomed to a 40-hour week would be surprised at those conditions, for farmworkers in New York it is within the law. 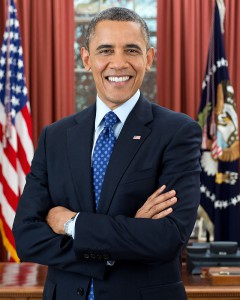 WASHINGTON — When President Obama said on Thursday that he had no strategy yet for dealing with lethal Sunni militants in Syria, he seemed out of sync with his top military advisers and aides, who only days earlier had taken a more aggressive tone about military action. That should not come as a surprise: Mr. Obama did the same thing a year ago this weekend. On the Friday before Labor Day, after Secretary of State John Kerry had condemned chemical weapons attacks by President Bashar al-Assad of Syria on his own people as a “moral obscenity” and warned of a harsh response, and after he himself had laid out a forceful case for military action, Mr. Obama stunned his staff by saying he was calling off a missile strike. But the administration has sent these signals before. Last year, for example, it promised to bolster aid for the moderate opposition and began covertly supplying rebels with small arms and ammunition.

A Weary Rebel Retreats to Fight Another Day By ANNE BARNARD AUG. 29, 2014

At dawn on Aug. 21, 2013, the chemical attack struck Moadhamiyeh. Struggling to breathe, Mr. Eid staggered outside, saw a young boy foaming at the mouth, and then passed out. A friend found Mr. Eid among dead bodies; after a shot of atropine, he awoke to an earthshaking bombardment. Washing his face as he prepared to rush to the front line, he glimpsed his reflection. He saw eyes filled with an unfamiliar rage, he recalled, “like when Bruce Banner looks in the mirror and sees the Hulk.”

ZAKHO, Iraq — Just over the final mountain pass leading to this beleaguered town in Iraqi Kurdistan, a blinding array of lights dazzles in the distance. A theme park’s giant Ferris wheel emerges on the horizon, an odd spectacle of multicolored, pulsating lights amid the thousands of refugees who washed up here after fleeing the militants of the Islamic State in Iraq and Syria. Even locals will admit it is a jarring juxtaposition: giant rainbow-colored slides, blaring pop music, hydraulic spinning rides and paddle boats in a place where intense American airstrikes may be the only thing keeping the militants from sweeping in. But on a recent weekend night, most people at Happy Park were just glad for any kind of escape. “It’s only for our kids,” said Basima Hasan, strolling through the park with her husband and their five children. “I can sense their tension at home.”