Home » Blog » Man on the Spot #55: ISIS and Ebola, a round-up of yesterday’s most important news

Man on the Spot #55: ISIS and Ebola, a round-up of yesterday’s most important news 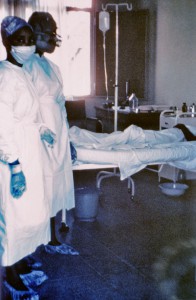 JERUSALEM — Visiting Gaza on Tuesday for the first time since this summer’s 50-day war between Israel and Hamas, the secretary general of the United Nations, Ban Ki-moon, said the destruction was “beyond description,” even as reconstruction efforts were underway for the first time.

By MARK GUNZINGER And JOHN STILLION

Finally, the daily strike count suggests that the strategy underlying the air campaign may be influenced by a desire to apply the least amount of force possible while still claiming credit for doing something about Islamic State. This rationale would fit with the administration’s claims that degrading and eventually defeating ISIS is likely to take many years. It may reflect lingering doubts by some policy makers over how serious and far-reaching the threat of an Islamic State caliphate really is to our nation’s vital interests. Or it may be a simple reluctance to begin another open-ended military operation in the Middle East. 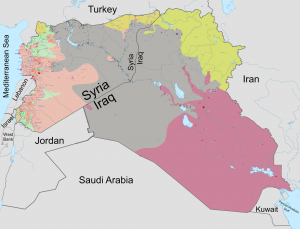 Mr. Maliki’s unjust victory and overt purges of Sunnis only compounded the problem. It will be much harder now to convince them that the same thing won’t happen again given that Iran has displaced the United States as the most influential actor in Iraq.

If he continues Mr. Maliki’s tradition of staffing the prime minister’s office with corrupt, proudly sectarian, conspiracy-prone Iran sympathizers who loathe Sunnis, Kurds and secular Shiites, Iraq is doomed. If, however, Mr. Abadi chooses to surround himself with moderate and savvy technocrats from all ethnic and religious groups, his odds of success will grow exponentially.

On Sunday, after months of bitter wrangling, the two leading candidates in Afghanistan’s presidential election agreed to form a national unity government. Ashraf Ghani, a Pashtun technocrat, is to be president, and Abdullah Abdullah, a former foreign minister of mixed Tajik and Pashtun descent, is to be chief executive, a newly created post akin to prime minister. The power-sharing agreement came after an audit of the ballots cast in a June runoff, in an election widely believed to have been partially rigged. It has no basis in Afghanistan’s election law. And given the rancor that has come before, it may not hold very long.

ZIBENAI, Lithuania — In the sanctions war between Russia and the West, Kasia Jankun’s 80 dairy cows seem to be losing. The sanctions, which are taking a toll on Russia’s economy, cut both ways. And Ms. Jankun and other small farmers in this Baltic nation of three million people are bearing an overwhelming share of the pain from a Russian ban on European dairy products. Former Soviet bloc countries that, like Lithuania, are part of the European Union and the NATO military alliance might seem safe from the Russian strong-arming that made Ukraine so vulnerable. But in economic standoffs, it is often the most vulnerable that suffer most.

JAFFA, Israel — On July 12, four days after the latest war in Gaza began, hundreds of Israelis gathered in central Tel Aviv to protest the killing of civilians on both sides and call for an end to the siege of Gaza and the Israeli occupation of the West Bank. They chanted, “Jews and Arabs refuse to be enemies.”

Hamas had warned that it would fire a barrage of rockets at central Israel after 9 p.m., and it did.

The most popular terrorism-connected campaign theme is overall border security, since it allows conservative candidates to roll up ISIS terrorists with illegal Hispanic immigrants. “She’s for amnesty, while terrorism experts say our border breakdown could provide an entry for groups like ISIS!” announced that David Perdue ad against Michelle Nunn in Georgia. Some experts believe that even at this early hour, Perdue has wrapped up the title of Worst Commercial of the Campaign.

Many Missteps in Assessment of ISIS Threat

“To anyone watching developments in Iraq from mid-2010 and Syria from early 2011, the recovery and rise of ISIS should have been starkly clear,” said Charles Lister, a visiting fellow at the Brookings Doha Center in Qatar. “The organization itself was also carrying out an explicitly clear step-by-step strategy aimed at engendering the conditions that would feed its accelerated rise.”

For ISIS, Slaughter Is an End in Itself

LONDON — In a famous passage from “Survival in Auschwitz,” Primo Levi relates an incident upon arrival in the Nazi death camp that captures the intersection of the human with the inhuman. He and other Italian prisoners have been held in a shed as they await their fate. Levi looks around in search of some means to quench his thirst: “I eyed a fine icicle outside the window, within hand’s reach. I opened the window and broke off the icicle but at once a large, heavy guard prowling outside brutally snatched it away from me. ‘Warum?’ I asked him in my poor German. ‘Hier ist kein warum,’ (there is no why here), he replied, pushing me inside with a shove.”

Income Inequality and N.R.A. Dominance May Not Last Forever …

One of the hardest things for us to do is to envision a future that is different from the present. For instance, we live in an age of paralyzed politics, so it is hard, in the here and now, to imagine what could change that. A second  Let’s tackle Webster first. Politically, he told me, “It’s a loser to call for a gun ban.” Instead, his reforms would make it more difficult for criminals to get their hands on guns. Using background checks, he would keep guns away from people who have a history of violence. He would raise the age of gun ownership to 21. (Webster notes that homicides peak between the ages of 18 and 20.) He would pass laws that make gun dealers more accountable, including “requiring business practices that prevent guns being diverted to criminals.” And he would mandate something called microstamping, “which would make it possible to trace a gun used in a crime to its first purchaser.”

This intellectual divide is most obvious when the subject is the persistence of poverty in a wealthy nation. Liberals focus on the stagnation of real wages and the disappearance of jobs offering middle-class incomes, as well as the constant insecurity that comes with not having reliable jobs or assets. For conservatives, however, it’s all about not trying hard enough. The House speaker, John Boehner, says that people have gotten the idea that they “really don’t have to work.” Mitt Romney chides lower-income Americans as being unwilling to “take personal responsibility.” Even as he declares that he really does care about the poor, Representative Paul Ryan attributes persistent poverty to lack of “productive habits.”

Rumors of Cow Killings in India Deepen Rift Between Hindus and … 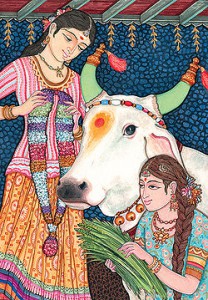 Some analysts in India worry that the emergence of Narendra Modi, a hero of the Hindu right, as prime minister has emboldened religious conservatives to embark on sometimes violent campaigns against Muslims, though Mr. Modi himself has steered clear of religious issues. One such conservative in the northern Indian state of Haryana is Mahinder Pal Singh, who runs a cow shelter. He said he mobilized his network of young men if he so much as heard of a Muslim driving a car late at night that he suspected contained smuggled cows. The work can be deadly: One of his associates was killed six months ago on a midnight raid, he said.

BRUSSELS — When a French nurse working as a volunteer in West Africa tested positive for Ebolalast month, it took 50 hours to get her to Paris for treatment on a private American plane that had to fly all the way from Georgia to pick her up. The nurse survived, but according to the aid group that sent her to Liberia and arranged to get her out, Europe’s failure to establish a swift evacuation service for infected medical workers has become a serious hurdle impeding the battle against Ebola in West Africa.

“I felt more like a guinea pig than a wounded soldier,” said a former Army sergeant who suffered mustard burns in 2007 and was denied hospital treatment and medical evacuation to the United States despite requests from his commander. Congress, too, was only partly informed, while troops and officers were instructed to be silent or give deceptive accounts of what they had found. “ ’Nothing of significance’ is what I was ordered to say,” said Jarrod Lampier, a recently retired Army major who was present for the largest chemical weapons discovery of the war: more than 2,400 nerve-agent rockets unearthed in 2006 at a former Republican Guard compound.

The Justice Department on Friday pressured the Ferguson Police Department to stop its officers from wearing bracelets stamped with the message “I am Darren Wilson,” in solidarity with the police officer who is being investigated for shooting an unarmed black 18-year-old, and from covering up their name plates with tape. The bracelets, dark blue with white lettering, were photographed on the wrists of several Ferguson police officers who were interacting with demonstrators this week as protests flared up once again in this small city in the suburbs of St. Louis. A grand jury is looking into the shooting of the teenager, Michael Brown, on Aug. 9, and the police department is under investigation by the Justice Department for possible civil rights violations.

Why Drivers Get Away With Murder

IN June, Mayor Bill de Blasio signed 11 bills related to Vision Zero, the city’s initiative to eliminate traffic deaths and serious injuries over the next decade. One was Cooper’s Law, named for my 9-year-old son, Cooper Stock, who was struck and killed by a cab on Jan. 10. Cooper was holding my husband’s hand as they crossed 97th Street and West End Avenue. They were in the crosswalk, with the light. By law, they had the right of way. The taxi driver failed to yield while making a left turn. According to the mayor’s office, driver error is a factor in 70 percent of pedestrian deaths in New York City, yet motorists are rarely held accountable