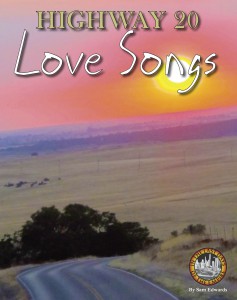 By Sam Edwards | Buy the Book

Highway 20 in California inspires much; in this case, author Sam Edwards has masterfully crafted a collection of love songs presented as autobiographical verses and images. Numerous provocative photographs illustrate titles such as, “A Shortcut Through Purgatory,” “Ruminations,” “Memorial Day,” a mixed martial arts tract called “Fight Night at the Colusa Casino,” “The Bloody Island Massacre,” and an ode to a master blacksmith. Highway 20 bridges the old world with the new, which is both troubling and inspiring. Fans of Keroauc will appreciate Highway 20 Love Songs. 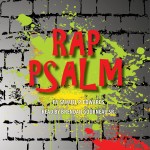 RAP PSALM is a poetic rumination on modern life by Sam Edwards. Themes of religion, spirituality and modern living are punctuated with amazing black and white artwork. The CD / MP3 audio is performed by Brendan Gourneau Sr. at Makoche Recording Studios, Bismarck ND. Rap and jazz fill the background while Brendan reads with intensity and clarity.

A Journey Through Time

The great grandson of a Dutch tea plantation owner and his African American wife, Willem de Thouars inherited a complex cultural legacy. As the grandson of a skilled Silat practitioner, he was also uniquely positioned to partake in the rigorous martial arts training found in Indonesia. A Journey Through Time chronicles De Thouars’s over six decades of studies and observations of both eastern and western martial disciplines.

The reader comes away with a richer understanding of the origins of Willem de Thouars’s style of Kun Tao Silat. A Journey Through Time represents the bounty of what life has taught de Thouars, including his devotion to the natural world, which is joyfully depicted in his animal illustrations found throughout the book.

Willem de Thouars’s skills as Kun Tao Silat master and teacher have made him a sought after instructor at international martial arts seminars. Originally from Indonesia, he has lived in the United States since 1960. He currently resides in Denver, Colorado, with his wife Joyce.

A Death Song of a Son Who Missed the West

“I have the cd and book version. I LOVE both. The audio is reminiscent of a 1940s radio broadcast, the voice is a masterful village story-teller (Sam Edwards) weaving some kind of magic. And, FOR ME this work is magic. It speaks to a love for the tangible feel of the elemental west. It invokes the windy heat driven rise of a fragrance not to be duplicated for sale in department stores – the smell of sage, horse sweat, leather, tobacco…”

An All American Boy

An All American Boy is tell-all of growing up in the 1950s, when the author, Sam Edwards, joined the Army only to get into the kind of trouble at Fort Bragg that nearly cost him years in a military prison.

What else could you expect from, as they used to say, the product of bad blood? Sam’s great, great, great grandfather, before his election as the ninth president of the United States, vowed to annihilate the great Iroquois Chief, Tecumseh, and his democratic confederation of tribes, “even into babes in arms.” He kept his promise. Sam’s uncle, as security chief o thef CIA, was engaged in domestic spying decades before it was fashionable. To top things off, he administered the CIA sponsored attempt by the Mafia to assassinate Fidel Castro with poisoned cigars.

Sam himself has several times tested the constitutional integrity of the republic by his consistent lack of foresight. While in the army, his arrest for grand larceny-not grand ideas-called up the heroic actions of the military lawyers who had previously defended the Korean War turncoats to challenge the uniform code of military justice when in conflict with the constitutional right to a fair and speedy trial. An All American Boy is the precursor to Sam’s previous book, The Last Days of The Empire.

In the Last Days of the Empire

Watching the Sixties Go By on Greenwich Village Time, A Bartender’s Tale.

“Even if you’ve never had the pleasure of downing a cold one in a NYC bar, and are either too young to have lived through or too old to remember the 60’s, this book allows you to experience the drug and alcohol fueled time of change like no history book can. In the Last Days of the Empire” is worth the purchase just for the cover alone. After reading it through again I plan on framing it, seriously. This brilliantly honest observation of life in NYC during the 60’s is a free flowing timeline that covers historic events in a light you’ve likely not seen before.”

The Last Days of the Empire is the witness, and confession, of a citizen in the 1960s, who failed to take the actions the times required. Sam Edwards was on the winning side in a landmark case that was attempting to keep the underground press, filled with “obscene content,” off the newsstands. And he was a hell of a bartender for being young and callow. He listened well and he put it all down for us to remember the times.

Masters on the Mountain 30

Full-color book of photography that documents the 30th Masters on the Mountain seminar in the Sierras.