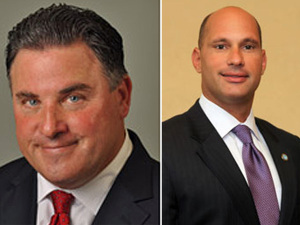 By NICK MADIGAN
Published: September 1, 2013
“There’s a certain psychology to some of the people who run for office here — they don’t think they’re going down the wrong track, but there’s a slippery slope,” she added. “There’s a lack of self-awareness, an immaturity, a brazenness, of feeling like a big shot. So when they’re arrested, they’re very surprised.”
“Maybe it’s the heat,” said Ruth Campbell, 93, a former City Council member here and the curator of the Historic Homestead Town Hall Museum.
At City Hall on Friday, in a frame that contained photos of city officials, Mr. Bateman’s likeness had been concealed behind a paper copy of the city’s crest. But a day earlier, a group of his supporters rallied a couple blocks away, and Mr. Bateman, out on bond, showed up, shook hands and vowed to fight the charges. 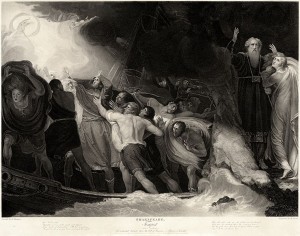 Turning Chaos Into Theater, With a Cast of 200
Tempest in the City: A new Public Theater production of Shakespeare’s “The Tempest” debuts on Sept. 6 and features more than 200 actors, only 6 professional.
By JOHN LELAND
Published: August 30, 2013
“The Tempest,” which will be at the Delacorte Theater in the park on Sept. 6-8, is the first production of Public Works, an effort by the Public Theater to open its stages to New Yorkers who may feel excluded from the theater world. Tickets are free, first come first served. The cast includes more than 200 people from five community organizations and seven independent performing groups — cabdrivers, a gospel choir, Mexican folk dancers, Japanese taiko drummers, a gypsy brass band and a bubble-blower. On this day, the second rehearsal, the room looked more like an exercise in fear.
“A lot of terror comes with this,” said Zeus Walton, 56, who wore a large print blouse and used a cane to support herself. “They looked terrified.”
OP-ED CONTRIBUTOR
When City Elections Were Fun
By LEE SIEGEL
Published: September 1, 2013
But then Michael R. Bloomberg slipped into office, in the numb wake of 9/11, with all the spirit of a hostile takeover. Technocratic micromanagement and passive-aggressive triangulation became the norm.
Commanding personalities have been replaced by apologies for having a personality and mechanical parroting of reformist ideas. New York, that breeding ground of idiosyncrasy, has become crowd-sourced. Today’s mayoral hopefuls are transparent products of handlers and flash polls. The city’s synthetic politics roll on blandly, surreally out of sync with its furiously contradictory realities.
Their timid uniformity reflects the city’s general atmosphere. In Mr. Bloomberg’s hyper-rational New York — control the citizenry and let the bankers run free — standing out has about the same status as cigarette smoke.
Obama’s Decision to Seek Approval First Lengthens Suspense of Attack
A family crossed the border into Turkey on Saturday as people across Syria, including rebels and government troops, scurried to prepare for American strikes.
By ANNE BARNARD and HALA DROUBI
Published: August 31, 2013
“It is just so clear — they are playing us like puppets, but they all want him to stay,” she said, referring to President Bashar al-Assad of Syria. “Obama is full of talk. He’s so weak and useless.”
For another Homs resident, Abu Bassam, 31, the only possible response was black humor.