Our man on the spot XIV – by SPE

Our man on the spot – by SPE
Translation by Nikki Carter

A union in spirit [Working Center bring back pay, rest breaks and self-respect where unions don’t] 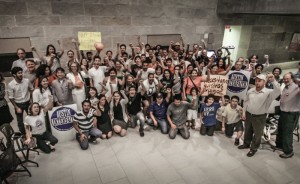 “‘It makes no sense in Texas I’m required to have insurance on the cargo I haul up a construction elevator, but not on the workers in that elevator,” said Andy Anderson, owner of Linden Steel…The workers compensation pledge was an important victory [for the Austin Workers Defense Center]. The construction industry in Texas has a higher fatality rate [a death every 2.5 days!] than in most other states, but Texas is the only one that does not require building contractors to provide workers compensation to cover an injured worker’s hospital bills and disability benefits. “We like organizing here in Texas,” Ms Tzintzon (director of Workers Defense Project in Austin) said. “Things can only go up because working conditions are so awful.”‘

The housing market and weak backbone [now on the big business]

‘Even though the Trustees [of housing investment ban pools] are supposed to work for investors, these “watchdogs” are actually hired by the big banks that not only package the mortgage securities but also provide administrative services for them. So it was perhaps not surprising that the Trustees failed to make the big banks buy back loans that didn’t meet the quality standards set out when originally sold. Such buybacks could have prevented billions in losses…and the Trustees’ inaction indicated where their allegiances lay.’ 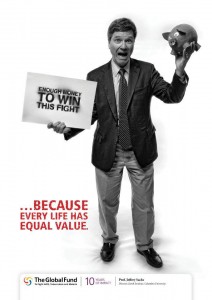 ‘Amongst the obscenities of our having 2.5 million people incarcerated in this country is that the corporate owners of so called “private” prisons actually include in their prospectus to investors that a change of national or state policy to not charge so many minor infractions as crimes could lower the “occupancy rate” and fewer “beds” would mean a decrease of profit.’

‘…A 2012 study by the Columbus Dispatch analyzed 30,000 complaints to the F.T.C. of those 1,500 people reported that their files included someone else’s information. Nearly a third said the credit agencies did not correct the errors, despite being asked to do so… Credit bureaus are heavily dependent on lenders for both revenue and the information the bureaus package and sell…[in contrast consumers have little power over credit – reporting agencies]…For their part, lenders may benefit when credit bureaus report defaults, even incorrectly, because such reports put pressure on consumers who wish to maintain good credit ratings, to pay even disputed claims…’

‘Wikileaks may fail in the future [said Harvard professor, Yochai Benkler], because of all these vents, but the model of some form of decentralized leaking, that is secure technologically and allows for collaboration…that’s going to survive, and somebody else will build it.’

‘Federal Judge Gladys Kessler noted that the force-feeding of detainees [forcing them to eat through a gastric tube inserted in (their) noses after restraining them in a chair] had been condemned as a violation of medical ethics and human rights violation, by groups as varied as the American Medical Association and top United Nations officials…It is perfectly clear that force feeding is a painful, humiliating and degrading process, but Mr. Obama, she wrote, does have the authority to address the issue…to directly address the issue of force feeding of the detainees at Guantanamo Bay.’

[Other issues in investigation] ‘One is over reliance on technology, some of which was not available…Part of the instrument landing system on Runway 28 Left here had been shut down because of construction. “In developing nations,” said Oscar S. Garcia, “there is a high reluctance to hand-fly the airplane…and Asiana 214 may have had a difficult mix. There were three captains on board and a pilot new to the aircraft.”…”You would suspect there had to be some oversight issues,” said Gregory Feith, safety consultant.’ 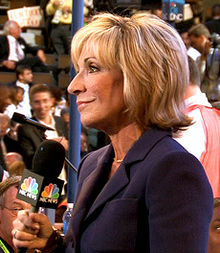 “‘The Boston Marathon bomber, besides any Jihadists leanings, was very “Americanized” by right wing hate groups that have proliferated since Obama came prominently to the political scene – such as Alex Jones on you tube with 300 million hits,” says Mark Potuk of the Southern Poverty Center. He says in the last few years it’s become “acceptable” to voice racist sentiments. Though more main stream hate hucksters like Rush Limbaugh use rarely disguised code words such as “not like the rest of us” and where ever Obama travels he will say like 47% Negro. But Potok believes this is to be expected as this is a for-real transition time in this country away from primarily white to primarily pigmented skin.’

“‘One of the theories why breast-fed children tent to have better cognitive development is there are nutrients in breast milk
that benefits the baby’s developing brain,” said Dr. Mandy Brown Belfort.’

‘…the largest cost, at $3,077 annually came from smoking breaks smokers took, on average, about five breaks a day, compared with the three breaks typically sanctioned for most workers.’

Once again over diagnosing

‘…one in 10 Americans now take an anti-depressant medication: among women in their forties and fifties, the figure is one in 4…The condition is being over diagnosed on a remarkable scale.’

Our man on the spot XIV (you are here)