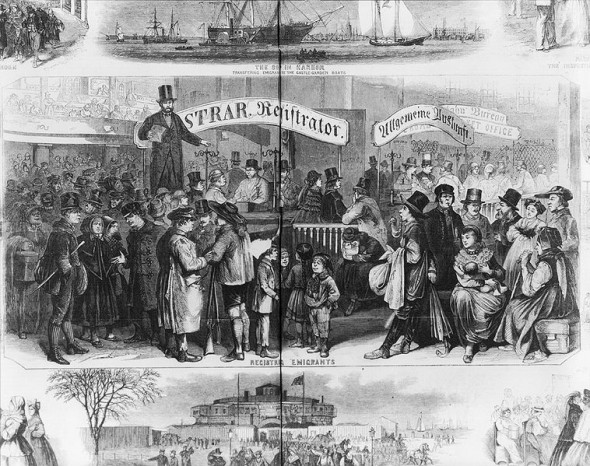 A stunning increase in the life expectancy of New Yorkers over the past 20 years, compared with the rest of the country, has been driven by sharp declines in deaths from AIDS, homicide, smoking-related illnesses and, in a surprising twist, an increase in the numbers of immigrants, a new study has found.

Now numbering about 3.1 million — a record high — the city’s immigrant population, about 37 percent of the overall population of 8.2 million New Yorkers, is more kaleidoscopic than ever, in large part a result of the passage of 1965 immigration legislation that allowed more people to come from Africa, Asia, the Caribbean and Latin America. In a city that once had a population of predominantly European origin, there is now no dominant racial, ethnic or nationality group.

Administration officials say the deportation numbers — more than 368,000 this fiscal year — are driven by a congressional requirement that more than 30,000 immigrants be detained daily. They acknowledge that the lines are becoming harder to draw between high-priority violators and those with strong family ties.

Clinging to a Monster in a Desperate Gambit
‘The Beast’ by Óscar Martínez Details Immigrant Trek
By LARRY ROHTER
Published: December 17, 2013 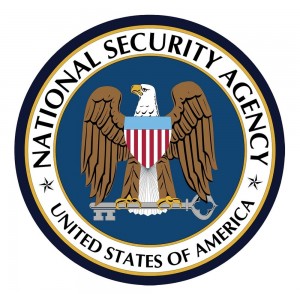 The notion that the National Security Agency’s surveillance activities can or will be curbed is wishful thinking. The idea that transparency can be imposed on its operations is delusional. This is a rogue agency that does what it does because it can (technologically, not legally).

Let’s suppose that the administration decides that it wants to curb the telephone metadata sweeps. How does it do this? Cut funding? How would it know that the operations are not being paid for surreptitiously from other programs, given that this is an agency that fosters a culture of secrecy regarding even its most mundane activities?

Disband the N.S.A.? Not likely. It has no doubt identified enough skeletons in the right closets (just as J. Edgar Hoover of the F.B.I. did) to shield itself from any political assault.

Free to Speak About Russia, but Now From a Safe Distance

Physically, Mr. Khodorkovsky, dressed in a dark blue suit and tie, looked healthy. Mentally, he said, he had always been an optimist. Besides, he added, Russian prisons today — while occasionally freezing, or having rotten food — are not in that physical respect the gulag of Soviet-era literature.

“I was trying to look at my situation as a challenge,” he said. “I was not torturing myself — yes, there were some days that were depressing, but basically I was not carrying them around inside me.”
“When I crossed the threshold of prison,” he added, “I understood this is for a long time. And then immediately quit smoking. If they are going to bury me, let them do it themselves, without my participation.”

The Obama administration, for example, has favored free-trade agreements to spur development in poor countries by cultivating low-skill, low-overhead jobs like those in the cut-and-sew industry. The removal of trade barriers has also driven prices down by making it easier for retailers to decamp from one country to the next in the hunt for cheap labor. Most economists say that these savings have directly benefited consumers, including institutional buyers like the American government. But free-trade zones often lack effective methods for ensuring compliance with local labor laws, and sometimes accelerate a race to the bottom in terms of wages.

Brushing aside the objections of the man who made him an electoral lame duck, Charles J. Hynes, the departing Brooklyn district attorney, announced on Monday that he would pay his retiring top deputy almost $286,000 in unused vacation pay, or almost $100,000 more than what a typical city employee could be entitled to.

For Artifacts From Closed Churches, an Afterlife on Staten Island
By SHARON OTTERMAN
Published: December 16, 2013
There will soon be a rooftop swimming pool where the copper-domed bell towers of Mary Help of Christians once rose.

In the Shadow of Rising Towers, Laments of Lost Sunlight in New York
By CARA BUCKLEY
Published: December 19, 2013
On the Upper West Side, Ilonna Pederson greets a darkened apartment for the second winter after nearly 50 years there; her southern windows were bricked over a year ago to make way for a high-rise inches away.
And in a once-sunny pocket of the far West Village, many are finding themselves in the large penumbra cast by the newly built 150 Charles, which rises 15 stories and houses 91 residences selling for an average of $8.6 million.

Seeing a Need for Oversight of New York’s Lordly Towers
By MICHAEL KIMMELMAN
Published: December 22, 2013
This one unravels as a cascade of clunky curves descending toward ribbons billowing into canopies. The conceit is falling water. The effect: a heap of volumes, not liquid but stolid, chintzily embellished, clad in acres of eye-shadow-blue glass offset by a pox of tinted panes, like age spots. It’s anybody’s guess how the building got past the drawing board. It is now enmeshed in an anticorruption investigation, centered around a tax abatement that Albany legislators tucked into a real estate bill in January.

Stern Words for Wall Street’s Watchdogs, From a Judge
By ADAM LIPTAK
Published: December 16, 2013
Judge Rakoff is more direct in assessing the Justice Department’s principal reasons for failing to prosecute top executives. He acknowledges that it can be hard to prove criminal intent, particularly against people several levels removed from those who constructed and marketed the securities.
Judge Rakoff also has no patience with Attorney General Eric H. Holder Jr.’s statement to Congress that some prosecutions should be approached with caution because they may “have a negative impact on the national economy, perhaps even the world economy.”

Although more than 80 percent of food stamps are spent at large grocery stores and retailers like Sam’s Club, the department focuses its investigation on smaller stores because that is where fraud is more likely to occur, he said. People could get from 10 cents to 60 cents for each government dollar they charged at the stores. Thirteen of the 16 people charged admitted the crime. The others face trial.

Group Seeks Special Label for Food: ‘Natural’
By STEPHANIE STROM
Published: December 19, 2013
The trade organization representing the nation’s largest food and beverage companies wants permission to label as “natural” products that contain genetically engineered ingredients like corn, soy, canola and sugar, according to a letter sent to the Food and Drug Administration.

Times Publisher Sets Out Plan for ‘Native’ Ads
By RAVI SOMAIYA
Published: December 19, 2013
Native advertising, also known as branded content, is information provided by marketers that is designed to look more like the articles it appears alongside. It has led to controversy in the journalism industry because it blurs the line between editorial content and advertising. But it has also been viewed as a valuable new source of revenue for news organizations struggling to make up for the decline of print advertising.

Investors’ Story Left Out of Wall St. ‘Wolf’ Movie
BY SUSAN ANTILLA DEC 19, NEW YORK TIMES
The Martin Scorsese film about the Wolf — Jordan Belfort in real life, played by Leonardo DiCaprio — tells how Mr. Belfort swindled thousands of investors out of more than $100 million as head of a penny-stock boiler room in the 1990s.

OP-ED CONTRIBUTOR
Stumbling Toward the Next Crash
By GORDON BROWN
Published: December 18, 2013 30 Comments

LONDON — In early October 2008, three weeks after the Lehman Brothers collapse, I met in Paris with leaders of the countries in the euro zone. Oblivious to the global dimension of the financial crisis, they took the view that if there was fallout for Europe, America would be to blame — so it would be for America to fix. I was unable to convince them that half of the bundled subprime-mortgage securities that were about to blow up had landed in Europe and that euro-area banks were, in fact, more highly leveraged than America’s.

Rising inequality isn’t a new concern. Oliver Stone’s movie “Wall Street,” with its portrayal of a rising plutocracy insisting that greed is good, was released in 1987. But politicians, intimidated by cries of “class warfare,” have shied away from making a major issue out of the ever-growing gap between the rich and the rest.