Home » Blog » Man on the Spot #44: Rio’s water, the Dalai Lama and gardening for climate change

Man on the Spot #44: Rio’s water, the Dalai Lama and gardening for climate change 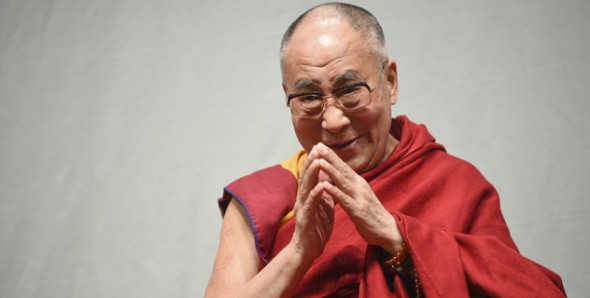 In this microenvironment, extreme gardening means making the yard hospitable for as many species as possible, without worrying so much about whether they originally belonged here or not. I used to think that tearing out turf and making room for native species like purple coneflower and switchgrass was the best thing I could do. But things aren’t that simple anymore. It doesn’t make sense to think in terms of native and nonnative when the local weather vacillates so abruptly. A resilient garden is a diverse garden. 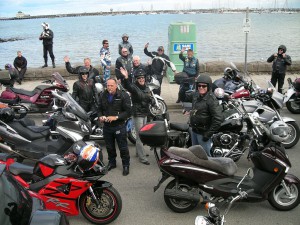 Well over seven million trips have been taken on shared bikes, and this flood of riders unleashed by the system, mostly on a relatively new network of bike lanes on city streets, has encouraged (well, O.K., forced) drivers to acknowledge our rightful share of the road and to accommodate us. To their credit, they are, to a great extent, doing so; by my lights, this is especially the case with cabdrivers, who, if not uniformly, then generally have learned to keep an eye on their driver’s-side mirrors for blindside cyclists when making left turns.

American bridges crumble. American trains crawl. American flights leave from terminals that pale next to many Asian and European counterparts. Joe Biden acknowledged as much three months ago when he compared La Guardia Airport to a third-world country. I’ve been to La Guardia and I’ve been to Guatemala, and if I were Guatemala, I’d sue for defamation.

Philadelphia’s Success in Helping the Homeless Gets a …

“They are an influential organization,” Nan Roman, president of the National Alliance to End Homelessness, said of Project HOME. “If you have a stronger community with better education opportunities, health care and housing that’s affordable, you’re not going to have many homeless people.”

Dalai Lama Urges Outside Inquiry Into Spate of Self-Immolations …

The Dalai Lama, Tibet’s spiritual leader in exile, on Friday called for an outside inquiry into the self-immolations of more than 130 Tibetans in anti-China demonstrations over the past five years, and he suggested that in some cases, such acts of protest were understandable and not entirely wrong.

By SIMON ROMERO and CHRISTOPHER CLAREY MAY 18, 2014

“Welcome to the dump that is Rio,” Germany’s sailing team said in one typically blunt assessment of the site for the Olympic regatta. Brazilians training here agree. “It can get really disgusting, with dog carcasses in some places and the water turning brown from sewage contamination,” said Thomas Low-Beer, 24, a Brazilian Olympic hopeful who sails in the bay. He shuddered when recalling how his dinghy crashed into what he believed was a partly submerged sofa, capsizing him into the murky Guanabara.

The rebels long have said they need antiaircraft weapons to defend against Mr. Assad’s jets, but the United States has opposed the move, fearing extremists could use the arms to down civilian airlines. Mustafa Alani, an analyst with the Gulf Research Center who has close ties with Persian Gulf officials, said the new antitank munitions appeared to represent a softening of the American position and could have been sent in to test the capabilities of certain groups to use them correctly.

The Move Toward Computing That Reads Your Mind

Certainly in the future, phones will most likely be talking to wearables that are monitoring your movements, as well as things like your thermostats and even your cars. As the signals grow louder and more frequent, the context becomes more refined and accurate. Location is the most powerful element of contextual tech, from what I can tell. But it’s also the element that makes me concerned about my privacy. When an app is already reading your calendar, reading your email, learning where you live and work, where you’re traveling, what you are interested in, is there anything it doesn’t know?

“These are earths,” Dr. Marcy said, gesturing to the screens. “All my life I’ve pointed telescopes at stars not knowing if planets were there or not. Now we know.”

“There are no long-term, lasting benefits from taking A.D.H.D. medications,” said James M. Swanson, a psychologist at the University of California, Irvine, and an author of the study. “But mindfulness seems to be training the same areas of the brain that have reduced activity in A.D.H.D.”

Being Bullied Is Bad for Your Health

Victims of bullying may develop long-term physical and mental health problems, and now researchers have found one possible reason: Being bullied raises the blood’s level of C-reactive protein, or CRP, a marker of systemic inflammation and a risk factor for cardiovascular and other diseases.

A Soldier’s War on Pain

The story of Sergeant Savage illuminates an effort by experts inside and outside the military to change how chronic, or long-term, pain is treated. By some estimates, tens of millions of Americans suffer from chronic pain, and the use of opioids — drugs like hydrocodone, methadone and oxycodone (the active ingredient in painkillers like OxyContin) — to treat such conditions has soared over the last decade.