Home » Blog » Man on the Spot #45: Bring back our girls, cellphone warrants and punishment before crime

Man on the Spot #45: Bring back our girls, cellphone warrants and punishment before crime 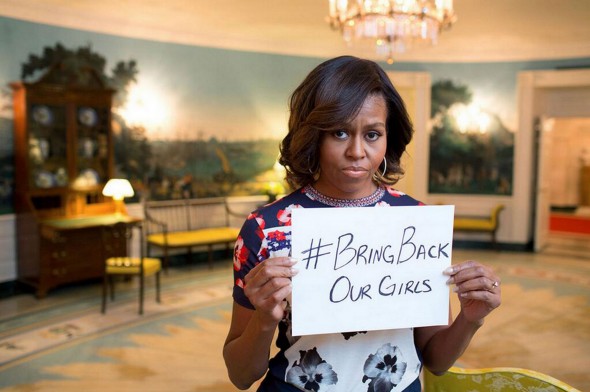 But what if our devices could see it coming? What if they could pick up the tics and tells of our brewing anger — or, for that matter, any other emotion — and respond accordingly? It’s not as crazy as it sounds. To hear experts tell it, this is where technology is going. Researchers and companies are already starting to employ sensors that try to read and respond to our feelings.

Up in Years and All but Priced Out of New York
By MIREYA NAVARRO and VIVIAN YEEAPRIL 29, 201

“I have everything here,” she said through a translator, crying. Many others have nowhere else to go, and no dream other than to live in decent housing in the city where they have built lives. Ms. Chavez, the housekeeper who has been moving from room to room with her partner, said she would love a one-bedroom with its own kitchen in Brooklyn or Queens.

At a time when Russia is renewing the Cold War with its aggressive acts in Ukraine, the Sterling story soared past that and all others — remember the lost Malaysian airliner? — to dominate the national conversation. This one ticks all the boxes, including the most inflammatory one: In spite of all the talk about a post-racial America, no topic moves the needle like race.

Deadly Illness in Nicaragua Baffles Experts
By HEATHER MURPHY MAY 8, 2014

“I don’t think anybody has clean hands,” said Kristen Genovese, a lawyer who helped sick former workers file a complaint against the World Bank’s lending arm in 2008 for lending $55 million to the sugar mill here, called San Antonio, without looking into the disease or the possibility that it might be connected to the industry.

In an interview with BBC Urdu last month, Mr. Rehman, who was in his mid-40s, said that defending someone accused of blasphemy was akin to “walking into the jaws of death.” “There is fanaticism and intolerance in society, and such people never consider whether their accusation is right or wrong,” he said. “People kill for 50 rupees. So why should anyone hesitate to kill in a blasphemy case?” In January 2011, Salman Taseer, the governor of Punjab Province, was killed by his own bodyguard for criticizing the blasphemy laws.

‘Bring Back Our Girls’

The best tool to fight extremism is education, especially of girls — and that means ensuring that it is safe to study. The greatest threat to militancy in the long run comes not from drones but from girls with schoolbooks. “These abducted schoolgirls are my sisters,” Malala told me in an email from Britain, where she is recovering from the Taliban attack, “and I call on the international community and the government of Nigeria to take action and save my sisters.” She added: “It should be our duty to speak up for our brothers and sisters in Nigeria who are in a very difficult situation.” 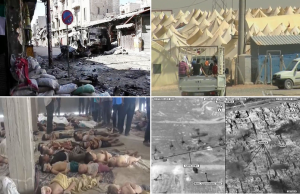 UNITED NATIONS — When the Security Council passed a legally binding resolution two months ago to provide relief to Syrians trapped behind front lines, Western delegates pledged “further steps” if the warring parties blocked aid deliveries by United Nations agencies. They specifically warned the Syrian government about its use of barrel bombs, the improvised mix of shrapnel and explosives that aircraft crews have dropped on civilian areas to devastating effect.

In the U.S., Punishment Comes Before the Crimes

Few things are better at conveying what a nation really cares than how it spends its money. On that measure, Americans like to punish. The United States spent about $80 billion on its system of jails and prisons in 2010 — about $260 for every resident of the nation. By contrast, its budget for food stamps was $227 a person.

At Bank of America, a $4 Billion Wet Blanket on the Party – NYTimes …

If you’re a bank executive, it’s never going to be easy to tell your shareholders: Oops, we made a $4 billion mistake! But the disclosure last week by Bank of America that it had $4 billion less in regulatory capital than it thought came at a particularly awkward time, just days before its annual shareholder meeting, scheduled for this Wednesday in Charlotte, N.C.

Detectives have long relied on informants, including drug addicts and underworld figures. But the informants are typically asked to provide information about crimes they know about or other criminals with whom they are acquainted. By contrast, the Citywide Debriefing Team has sought to recruit Muslims regardless of what they know. Police officials described the interviews as voluntary, but several Muslim immigrant interviewees reached by The Times said they were shaken by the encounters.

Show Us the Drone Memos 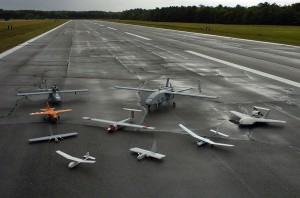 Can Obama’s nominee justify executing a U.S. citizen without trial?

Defending the rights of all American citizens to a trial by jury is a core value of our Constitution. Those who would make exceptions for killing accused American citizens without trial should give thought to the times in our history when either prejudice or fear allowed us to forget due process. During World War I, our nation convicted and imprisoned Americans who voiced opposition to the war. During World War II, the government interned Japanese-Americans.

Mr. Hall’s attorneys describe him in legal papers as illiterate, unable to perform simple arithmetic and afflicted with a speech impediment that makes it difficult for others to understand him. They cast his childhood as one of abuse and misery, and note the repeated assessments by school and court authorities that Mr. Hall is mentally impaired.

So it is distressing to see Sen. Dianne Feinstein, D-Calif., determined to toss out water management policies and protections, worked out over 20 years to balance the water needs of California cities, farms and the environment, in order to serve some interests at the expense of others.

Facing drought and climate change, animals such as the Amargosa vole are struggling to survive in the Mojave Desert.

The vole is one of several species struggling to survive in U.S. deserts in the face of the double-whammy of lengthy drought and climate change. In the shrinking wetlands east of Death Valley National Park, the vole that Foley tagged is one of about 200 clinging to existence. “But it’s not all gloom and doom,” Lovich said in an interview. “A few species may well benefit from the altered landscape. For example, chuckwallas, large, plump dark gray lizards that thrive on boulder piles, are expected to thrive in higher temperatures, at least for a while.”