Home » Blog » Man on the Spot #47: Killer robots, Palestine and price of vaccines

Man on the Spot #47: Killer robots, Palestine and price of vaccines 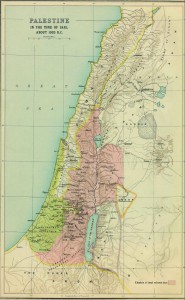 By ISABEL KERSHNER and FARES AKRA

With the government considering a ground invasion of Gaza, Mr. Netanyahu did not lay out his battle plans but said, “We are weighing all possibilities and preparing for all possibilities.” Members of the Abu Lealla family searched the rubble of their destroyed home on Friday after an Israeli airstrike north of Gaza City. No outside mediator has stepped in yet to broker a renewal of the cease-fire that went into effect after the last round of fierce cross-border fighting, in November 2012, and neither side seemed inclined to de-escalate.

Reporter:  John Edwards  (On the move)

Let’s put this into perspective: Gaza is a territory no bigger than 139 square miles containing 1.82 million inhabitants, making it one of the most densely populated areas in the world.  Thanks to Israel’s almost total blockade and sealing of the borders, Gaza is quite literally a ghetto, with the vast majority of resident unable to enter or leave at will.

A Victory for Latin America’s Middle Class at World Cup

As the United States grapples with growing inequality and poverty rates that remain higher than in the 1970s, Latin America’s middle class has grown 60.3 percent since 2003, according to the Inter-American Development Bank. During that period, the population living in poverty declined by 34 percent. Altogether, the World Bank puts the middle class at about 30 percent of Latin America’s population.

How We Play the Game

Let us say that at least at its foundations, Brazilian soccer did not obey Anglo-Saxon pragmatism nor any form of Cartesianism. Instead, it took advantage of a margin of relatively gratuitous unproductivity allowed in soccer, the least numerical of all ball games, to open the way for a culture of the periphery — a culture that is elliptical and festive and in which “carnaval” is a verb.

MEXICO CITY — Before every World Cup match in Brazil, the players lined up in front of a banner that read, “Say No to Racism.” The message was particularly directed toward the soccer stadiums of Europe, where there have been many instances of racial taunting and physical aggression by hostile fans against African and other black players.

NEENAH, Wis. — Inside the municipal garage of this small lakefront city, parked next to the hefty orange snowplow, sits an even larger truck, this one painted in desert khaki. Weighing 30 tons and built to withstand land mines, the armored combat vehicle is one of hundreds showing up across the country, in police departments big and small.

For Western Oil Companies, Expanding in Russia Is a Dance …

MOSCOW — Like many chief executives of American companies, Rex W. Tillerson of Exxon Mobil didn’t attend the major business forum in Russia last month, at the urging of White House officials. But the company’s exploration chief, Neil W. Duffin, did.

In a ceremony at the event, Mr. Duffin signed an agreement with Igor I. Sechin, the head of the state-owned Rosneft, to expand its joint ventures to drill offshore in the Arctic Ocean, to explore for shale oil in Siberia and to cooperate on a liquefied natural gas plant in Vladivostok.

WASHINGTON — When the Obama administration in 2012 announced long-awaited changes to require more fruits and vegetables and less sugar and salt in government-subsidized school meals, no group celebrated more than the School Nutrition Association.

Two years later, the association has done an about-face and is leading a lobbying campaign to allow schools to opt out of the very rules it helped to create, saying that the regulations that have gone into effect are “overly prescriptive” and too costly for schools that are trying to replace hamburgers and fries with healthier alternatives.

Advocacy Group Sues 4 Universities in Challenge to Policies It Says …

LOS ANGELES — Arguing that free speech is being stifled at college campuses across the country, a Philadelphia-based advocacy group on Tuesday filed lawsuits against four universities, seeking to force the schools to revise policies that the group says restrict some forms of speech.

The Price of Prevention: Vaccine Costs Are Soaring

When he started his pediatric practice in 1982 in San Antonio, Dr. Michael Ozer remembers, he charged $22 for a 2-month well-child checkup, with $8 added on for the polio vaccine and another $8 for the vaccine against diphtheria, pertussis and tetanus. “And I’m sure we were making money on it,” he said. 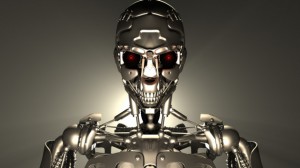 Unlike today’s robots, which generally work in cages, the next generation will have much more autonomy and freedom to move on their own. “In order for robots to work more productively, they must escape from their cages and be able to work alongside people,” said Kent Massey, the director of advanced programs at HDT Robotics. “To achieve this goal safely, robots must become more like people. They must have eyes and a sense of touch, as well as the intelligence to use those senses.”

People with low blood levels of vitamin D are more likely to die prematurely than those with normal levels, a new analysis has found. Previous studies have suggested that low levels of the vitamin are associated with higher risk for breast and other cancers and for coronary heart disease.

Suit by Protest Groups on Spying Is Dismissed – NYTimes.com

A federal judge in Washington State has dismissed a lawsuit that accused a civilian intelligence analyst working for the military of breaking the law by using a fake name to infiltrate antiwar groups and trying to thwart protests by sharing information he collected with the Army, law enforcement agencies and private security firms.

In Iraq and Syria, ISIS Militants Are Flush With Funds

How the Terrorists Got Rich

In earlier days, ISIS made plenty of money on petty crimes, bank robberies and oil smuggling. Today, with its control of territory growing in Syria and Iraq, it has established a war economy. ISIS militants have taken control of resources like granaries and oil installations and are extorting “taxes” from businesses and selling off government property and equipment (an inventory that now includes American-made Humvees). This has spawned a for-profit militant model that breathes life into insurgencies around the world. 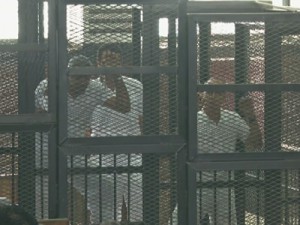 CAIRO — Secretary of State John Kerry came to Egypt this weekend to renew its “important partnership” with Washington and to offer its new president, Abdel Fattah el-Sisi, assurance of the swift restoration of military aid.

ON June 20, 2011, in Veracruz,Mexico, Miguel Ángel López Solana arrived home to find that his brother, mother and father had been murdered. Both sons were photojournalists at the newspaper where their father was a columnist, writing about crime and political corruption. Within a month, another journalist at the paper was decapitated. A year later, four more journalists were murdered there in a single week. It’s not clear why they were killed, but Mr. López wasn’t going to wait around to find out.