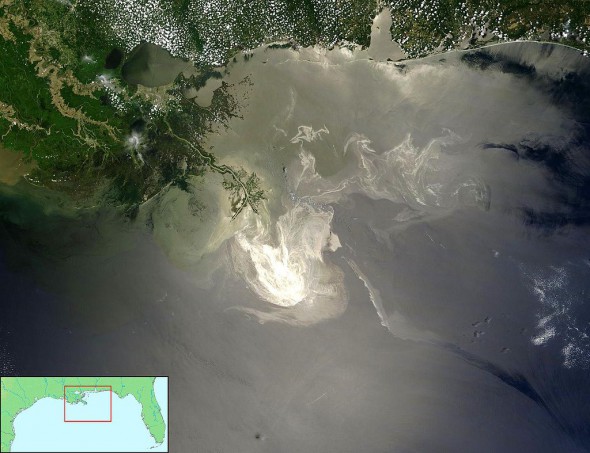 In Modern Media Realm, Big Mergers Are a Bulwark Against Rivals

When the news broke on Wednesday that 21st Century Fox, Rupert Murdoch’s huge media and entertainment company, made an $80 billion offer to buy Time Warner Inc., another big media conglomerate, it seemed like a seismic jolt in the business landscape. If the deal is ever consummated, 21st Century Fox, a public company in name only that the Murdoch family essentially controls, would oversee much of the content consumed by Americans.

But the path and logic to this potential merger had already been cleared. In 2011, when Comcast, the nation’s biggest cable company, bought NBCUniversal, one of four broadcast networks and a movie company to boot, the merger won easy approval. Then this February, Comcast announced plans to buy Time Warner Cable, the second-biggest cable company, in a deal that would give Comcast control of 40 percent of the broadband in the United States.

Everybody waited for regulators to finally signal that things were getting out of hand. That shoe never dropped.

Those moves have had some unintended, but predictable, consequences. Comcast’s bold strategy of acquisition kicked off a wave of defensive consolidation, fueled by a combination of fear and abundant capital in the media realm. I talked to the head of one company that creates television and movies, who expressed a common sentiment. “When Comcast decided to get bigger,” he said, “we all had to ask ourselves, Are we big enough? We all have to think about getting bigger.” And why not? No one is stopping them.

Lawmakers say they want to stop United States companies from reincorporating overseas to lower their tax bills, but the Obama administration and Congress appear unlikely to take any action to stem the tide of such deals anytime soon.

On Tuesday, Treasury Secretary Jacob J. Lew sent letters to the top members of the House Ways and Means Committee and Senate Finance Committee, urging Congress to take immediate action to halt the rush of companies abroad. Yet the wave of so-called inversions looks set to continue unabated as a partisan Congress remains gridlocked, and Wall Street advisers continue encouraging companies to strike such deals while they still can. 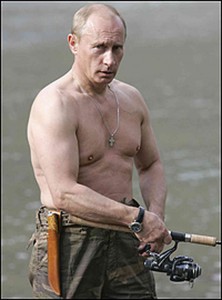 Three months after his once-powerful hedge fund entered a guilty plea to insider trading charges, Steven A. Cohen is doing quite well. This summer, Mr. Cohen and his family rented a yacht off the Greek islands for a vacation. An avid art collector, Mr. Cohen attended Art Basel in Switzerland in June. And last weekend, he and his wife, Alexandra, were guests at a charitable event at the Hamptons home of the comedian Jerry Seinfeld and his wife, Jessica. Most of all, Mr. Cohen, 58, is continuing to do what he has done best for more than two decades: make an astounding amount of money from trading stocks and bonds.

His renamed firm, Point72 Asset Management, which manages $9 billion to $10 billion of his personal fortune, is proving to be nearly as profitable as his former hedge fund. Over the first six months of this year, the firm generated a profit of nearly $1 billion, said two people briefed on the matter. In 2013, SAC Capital Advisors’ last year as a hedge fund, Mr. Cohen personally made about $2.3 billion.

Did you know that United States companies earned $129 billion in 2010 in three small groups of islands? That is what they told the Internal Revenue Service they earned in Bermuda, the Cayman Islands and the British Virgin Islands. Those islands together had a population of 147,400 that year, about equal to that of Joliet, Ill.

Assuming you believe those figures, the productivity of workers in those countries is amazing. On average, United States companies had profits of $873,611 per person living in those islands. A report this week by two groups upset about the low effective income tax rate for corporations, the U.S. Public Interest Research Group Education Fund and Citizens for Tax Justice, said that 372 of the companies in the Fortune 500 — generally the 500 United States companies with the highest revenues — reported a total of 7,827 subsidiaries in countries that the groups view as tax havens.

Fixes After BP Spill Not Enough, Board Says

HOUSTON — Federal safety regulators warned on Thursday that another disastrous offshore oil well blowout could happen despite regulatory improvements in the four years since a BP well explosion in the Gulf of Mexico killed 11 workers and dumped millions of gallons of oil into the sea. The warning came with the release of a reportby the Chemical Safety Board that placed much of the blame for the destruction of the Deepwater Horizon, the rig involved in the BP disaster, on a buckled steel drill pipe that interfered with the functioning of an emergency device in sealing the well.

As it happens, the birthday of St. Sergius and the anniversary of the death of Nicholas II fall within a couple of days of each other in July. The church made Nicholas II and his immediate family saints in 2000. The czar’s 1917 overthrow was for many Orthodox faithful the last time that a man anointed by God governed Russia. When the czars ruled, Mr. Bubelev persisted, Russia evoked both nobility and morality. The Romanovs deeply revered both St. Sergius and a later, 19th-century monk, St. Seraphim of Sarov, also worshiped by the Russian Orthodox. “They helped the czars rule Russia in the right way — they made Russia rich,” Mr. Bubelev said. The czars “went to their relics and asked for God’s help, and they succeeded. Thank God Mr. Putin is asking for their help now.”

Bodies From Malaysia Airlines Flight Are Stuck in Ukraine, Held …

By SABRINA TAVERNISE and NOAH SNEIDERJULY 20, 2014

TOREZ, Ukraine — Three wrenching days after the downing of Malaysia Airlines Flight 17, the bodies of most of those aboard have ended up here, in a fly-infested railway station in a rough coal-mining town in eastern Ukraine. For now, they are stuck, lying in five gray refrigerated train cars in this rebel-controlled war zone, hostages to high politics and mutual distrust. At the site itself, there was little sense of any order. Neither of the conflicting story lines fully reflects the chaos at the scene, where an incoherent recovery effort is being carried out by motley groups of mostly untrained people. On Sunday, they included miners straight from their shifts; local residents who arrive on run-down motorbikes; and poorly equipped emergency service workers who sleep in the field, amid the stench of decay, in sagging orange and blue tents.

In Gaza, Epithets Are Fired and Euphemisms Give Shelter … 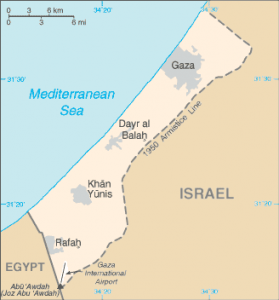 ERUSALEM — The Gaza-based interior ministry advises its supporters in a YouTube video that whenever talking about the dead, “always add ‘an innocent citizen.’ ” In Israel, the message is quite different: Those same victims are described as “human shields” sacrificed by the “heartless” Hamas “terrorists” that rule Gaza.

Recently, thousands of Israeli mobile phone users received a text message that bragged: “We forced you to hide in shelters like mice,” while Israelis trade cartoons and satirical videos — one intersperses an Arab political speech with a slobbering goat, another replaces the heads of Palestinian fighters with Angry Birds characters. And Hamas and the Israel Defense Forces are circulating remarkably similar video clips of exploding buildings with thundering soundtracks that evoke Hollywood thrillers. “Time for revenge has arrived,” warns one Hamas video, in Hebrew. An Israeli one, making fun of Palestinian accents, says, “Balestine, listen, this is a message to Gaza, we are killing Gaza,” adding, “The I.D.F. is strong! Gaza is weak!”

Life in these shelters is full of deprivation and discomfort. It is stiflingly hot. Days pass in boredom laced with fear. The United Nations said that five of its active shelters had been hit by Israeli forces, killing dozens of people. While the source of another strike Thursday that hit a water distribution facility next to the school where Ms. Kafarna was staying was unclear, it wounded six people inside the school, increasing fears in Gaza that no safe places remain.

“Our homes were wrecked, so we came to the school, then the classroom was stuck, so now we are on the concrete,” she said, perspiring visibly from the heat in the shelter. Of her six children, one had diarrhea and two had fevers, she said, pulling down the diaper of a fourth to reveal a strange rash she guessed was from the heat or the dirt. “Where are we supposed to go?” she said. “There are no safe places left in Gaza.”

Japanese Protester Sets Himself on Fire at Train Station in Tokyo …

TOKYO — In a ghastly spectacle of a sort rarely seen in this orderly city, a man set himself on fire in front of horrified crowds at Tokyo’s busiest train station on Sunday in what appeared to be a lone protest against efforts to weaken Japan’s antiwar Constitution. The police provided few details about the man, who survived with burns all over his body after being rushed to a Tokyo hospital. Firefighters appeared either to have been warned or to have discerned the man’s intentions, because they were on hand to douse him quickly with water once he set himself on fire with a liquid that looked like gasoline. The self-immolation took place in broad daylight in front of hundreds of onlookers, who used cellphones and other devices to post graphic videos and photos of it on social media sites.

The spy agency’s reliance on facial recognition technology has grown significantly over the last four years as the agency has turned to new software to exploit the flood of images included in emails, text messages, social media, videoconferences and other communications, the N.S.A. documents reveal. Agency officials believe that technological advances could revolutionize the way that the N.S.A. finds intelligence targets around the world, the documents show. The agency’s ambitions for this highly sensitive ability and the scale of its effort have not previously been disclosed.

For far too long we have thought about prison education almost exclusively in terms of the reduced recidivism it produces, whichstudy after study has shown to be evident. But in some sense this is an inadequate metric and paradigm, neglecting the kinds of economic and social opportunities that are and should be available to prisoners who pursue and complete higher learning. As Ms. Dreisinger put it, “These guys reoffending is really the last thing I’m worried about.”

The more urgent and compelling question now is whether and how quickly they find work worthy of their achievements. The Bard Prison Initiative, begun in 1999, which provides a Bard College education to prisoners in New York State, has reported that two-thirds of program alumni are employed, finishing college degrees or enrolled in graduate school, including at New York University, Columbia and Yale. Most who are working are doing so in social service, which is also true of the graduates of another program in New York, known as College and Community Fellowship, that helps women leaving prison finish college.